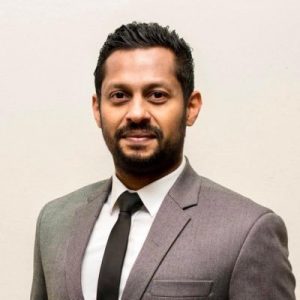 Following the ban on imported ethanol, alcohol manufacturers had to purchase ethanol from the two aforementioned distilleries, but the manufacturers were not too in favour of local ethanol as they complained that the local production is inferior in quality and that the production is nowhere close to cater to the local demand of ethanol.

Rejecting these complaints, Lanka Sugar Company Chairman Janaka Nimalachandra, speaking to The Sunday Morning Business, stated that the two state distilleries are capable of catering to the national ethanol demand, yet they were not producing ethanol at their full capacity due to lower demand from local alcohol manufacturers for local ethanol.

“Sri Lanka requires about 30-35 million litres of ethanol per year; this is the national requirement. We supply about 80-85% of that. There is no question about whether Sri Lanka has the capacity to produce 35 million litres. Of course we can. We were performing at less than half the actual potential of our distilleries because certain alcohol manufacturers were purchasing ethanol abroad at substantially higher prices for no distinctive reason,” Nimalachandra stated.

He added that the two distilleries have budgeted to collectively produce 12 million litres of ethanol this year, which could be expanded if required.

Furthermore, Nimalachandra noted that the second largest alcohol manufacturer in Sri Lanka has been fulfilling 100% of their ethanol requirement through the said two distilleries for years and the manufacturers and its consumers have never complained of the local ethanol.

Moreover, he stated that alcohol companies that are complaining now were purchasing large amounts of ethanol locally for their production two years ago and added that those companies were more than satisfied with the quality of local ethanol at that point. Hence, he questioned the newfound issue with the quality.

“This is basically one manufacturer who has been complaining about the local ethanol. How is it that customers who have been drinking the same blend for years are complaining now? My question is are these consumers not the ones who have been consuming arrack from the second largest alcohol manufacturer?” Nimalachandra questioned.

Nevertheless, he stated that even if there is an issue with the quality of the local ethanol, Lanka Sugar Company is willing to upgrade its plants to match the requirements of the alcohol manufacturers.

“In terms of the alcohol percentage in ethanol, we are already there, matching the requirements. But, if manufacturers seek better ethanol in terms of purity, we are ready to make a change and match the requirement. The reason this had not happened over the years was because there was no guarantee they will buy from us,” he added.

According to him, instead of strengthening local industries by purchasing ethanol locally and trying to solve issues with the local ethanol amicably, certain alcohol producers have been giving up on local ethanol increasingly over the last few years which resulted in Lanka Sugar Company incurring a net loss of Rs. 1.4 billion, last year.

He added that a leading alcohol manufacturer in Sri Lanka was purchasing 12 million litres of ethanol locally in 2016 which dropped to just 6 million litres last year, affecting the profitability of Lanka Sugar Company directly.

As a move to rescue the state-owned company, President Gotabaya Rajapaksa, along with the relevant authorities, had a number of meetings with the alcohol manufacturers, where the President requested the manufacturers to purchase ethanol locally.

However, the request was denied by certain manufacturers.

Nimalachandra noted that the alcohol industry cannot say that the ban on imported ethanol was announced out of the blue as there was a number of meetings held on this matter in December last year, and the President had to resort to the ban as certain manufacturers were adamant to not comply with the request made by the President.

Meanwhile, former State Minister of Export Agriculture Janaka Wakkumbura too denied the complaints over local ethanol, labelling the complaints as propagating rumours, and upheld local production, stating that the local ethanol is of the same standard as the imported ethanol. He added that if manufacturers are encountering any issues with regard to the taste and smell of their product, that is certainty not because of the local ethanol, but rather due to a manufacturing issue.

February 17, 2019 bythemorninglk No Comments
The Appropriation Bill 2019, which was presented to Parliament recently, has reduced its allocations made under several economically significant ministries in comparison to the Budget 2018.

Still no cheers for alcohol industry

May 23, 2020 byCharindra No Comments
Even though liquor sales have partially resumed after a complete ban for eight weeks, the industry is still struggling due to the prevailing restrictions.