February 14, 2019 by The Sunday Morning No Comments 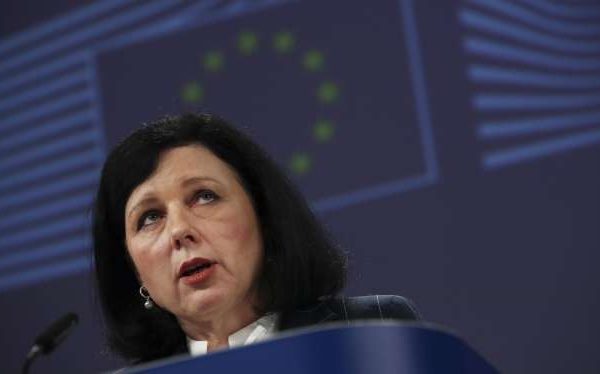 The European Union (EU) Commission has included Sri Lanka in a new list of 23 third countries with strategic deficiencies in their anti-money laundering and counter-terrorist financing frameworks.

The aim of this list is to protect the EU financial system by better preventing money laundering and terrorist financing risks. As a result of the listing, banks and other entities covered by EU anti-money laundering rules will be required to apply increased checks (due diligence) on financial operations involving customers and financial institutions from these high-risk third countries to better identify any suspicious money flows. On the basis of a new methodology, which reflects the stricter criteria of the 5th anti-money laundering directive in force since July 2018, the list has been established following an in-depth analysis.

Věra Jourová, Commissioner for Justice, Consumers and Gender Equality said: “We have established the strongest anti-money laundering standards in the world, but we have to make sure that dirty money from other countries does not find its way to our financial system. Dirty money is the lifeblood of organised crime and terrorism. I invite the countries listed to remedy their deficiencies swiftly. The Commission stands ready to work closely with them to address these issues in our mutual interest. ”

The Commission is mandated to carry out an autonomous assessment and identify the high-risk third countries under the Fourth and Fifth Anti-Money Laundering Directives.

The list has been established on the basis of an analysis of 54 priority jurisdictions, which was prepared by the Commission in consultation with the Member States and made public on 13 November 2018. The countries assessed meet at least one of the following criteria:

For each country, the Commission assessed the level of existing threat, the legal framework and controls put in place to prevent money laundering and terrorist financing risks and their effective implementation. The Commission also took into account the work of the Financial Action Task Force (FATF), the international standard-setter in this field.

The Commission concluded that 23 countries have strategic deficiencies in their anti-money laundering/ counter terrorist financing regimes. This includes 12 countries listed by the Financial Action Task Force and 11 additional jurisdictions. Some of the countries listed today are already on the current EU list, which includes 16 countries.

The Commission adopted the list in the form of a Delegated Regulation. It will now be submitted to the European Parliament and Council for approval within one month (with a possible one-month extension). Once approved, the Delegated Regulation will be published in the Official Journal and will enter into force 20 days after its publication.

The Commission will continue its engagement with the countries identified as having strategic deficiencies in the present Delegated Regulation and will further engage especially on the delisting criteria. This list enables the countries concerned to better identify the areas for improvement in order to pave the way for a possible delisting once strategic deficiencies are addressed.

The Commission will follow up on progress made by listed countries, continue monitoring those reviewed and start assessing additional countries, in line with its published methodology. The Commission will update this list accordingly. It will also reflect on further strengthening its methodology where needed in light of experience gained, with a view to ensuring effective identification of high-risk third countries and the necessary follow-up.

The new list replaces the one currently in place since July 2018.  (Colombo Gazette)

May 27, 2021 byMihi Perera No Comments
The Director General of Health Services Dr Asela Gunawardene has issued a special circular to all doctors regarding the criteria to identify whether a death can be certified as a result of Covid.

Island wide operations to arrest drivers under the influence of drugs

April 22, 2021 byMihi Perera No Comments
It has been decided to carry out island wide operations to arrest drivers who are under the influence of drugs.