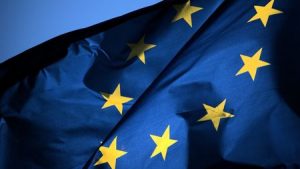 The European Union has called upon the Sri Lankan Government and its leaders to maintain peace and ensure that the rule of law is upheld.

The EU expressed their concerns over communal tensions that have resulted due to the attacks that took place on Easter Sunday.

Prior to these concerns, the United Nations too had raised their own concerns over the communal violence in Sri Lanka and had requested the Sri Lankan leaders to restore the peace within the nation.

The Delegation of the European Union in Colombo issued the statement in agreement with the Embassies of France, Germany, Italy, Netherlands, Romania and the UK High Commission, as well as the Embassies of Norway and Switzerland.

The EU has called for clear leadership and good governance as well as other religious and spiritual leaders to come forward to negate the spread of hate speech and violence within communities.

The EU had also noted the responsibility of the media and the country’s citizens in ensuring that misinformation does not spread and lead to more incidents of violence.

April 25, 2020 byTSM Web Desk No Comments
Attorney General's (AG) Department will resume work after it was sealed off over possible coronavirus risks.

November 22, 2021 byNews Admin No Comments
Prez instructs Agriculture DG to import
Mahindananda says decision only due to heavy rains
Says no such imports for paddy