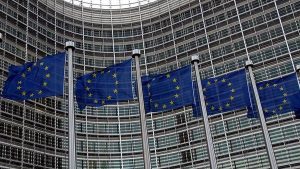 The European Union (EU) and Sri Lanka have agreed that Sri Lanka is not fully utilising the benefits of GSP+s, more than one-and-a-half years after regaining the tariff concessions.

Even though the country achieved over € 2.2 billion (over $ 2.4 billion) of exports under GSP+ from June, 2017 to May, 2018, both sides acknowledged that there was room to make even better use of the preferential access to the massive EU market.

This was announced in a joint statement by the EU and Sri Lanka, following the 22nd meeting of the European Union-Sri Lanka Joint Commission held on Thursday (14) in Brussels.

It added that Sri Lanka reaffirmed the commitments made to implement 27 conventions on human and labour rights, environment and good governance in order to benefit from the GSP+ scheme.

“In this context, while acknowledging that the new draft legislation was now being considered by Parliament, the EU reiterated the need to repeal and replace the Prevention of Terrorism Act (PTA) in order to bring counterterrorism legislation in line with international standards.”
The EU also reiterated its opposition to the use of the death penalty in all circumstances and encouraged Sri Lanka to maintain its moratorium on executions with a view to abolishing the death penalty.

The support extended to develop the SME sector in Sri Lanka was also welcomed by the Government.

Is tower levy the reason for poor internet quality?

October 10, 2021 byNews Admin No Comments
The 2018 budget speech introduced a new form of tax, implemented with effect from 1 January 2019, which was one of the reasons why children in rural areas had to climb trees and mountains to get bette

Economy under lockdown: Lessons for Sri Lanka from foreign countries

April 28, 2020 byCharindra No Comments
Lessons for Sri Lanka from strategies adopted by countries under lockdown to keep their economies going, both in terms of what to do and what not to do.