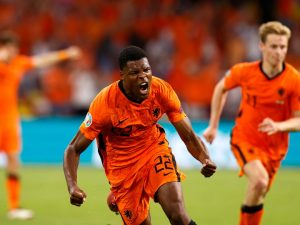 The most-awaited Euro 2020 kicked off in Rome on Friday (11). Italy hosted Turkey in their Group A clash. After a quiet first half, the Italians took over the game. The first goal came through when Dominico Berradi’s “crossed” was deflected in by Turkish defender Merih Demiral. Ciro Immobile doubled the lead with a close-range shot and Insigne put the icing on the cake with stunning curler from the edge of the box.

On Saturday (12), Switzerland faced Wales in Baku. First half was dominated by the Swiss but they had nothing to show for it. However, they found the opener through Breel Embolo. Swiss was the dominant side between the two but Wales somehow found equaliser through Kieffer Moore’s header in the 79th minute.

The Denmark-Finland clash in Group B took the headlines for the worst possible reason. In the first half, Denmark playmaker Christian Eriksen collapsed and was taken to the hospital after a cardiac arrest. The game was suspended initially, but after reports came out that Eriksen is stable, the two teams decided to continue. Finland found the winning goal through Joel Pohjanpalo to secure a 1-0 win.

Russia hosted Belgium in Saint Petersburg. The world No. 1 seed Belgium had no trouble in sweeping off the hosts. Romelu Lukaku scored two goals in each half while Thomas Meunier scored the third to register a 3-0 win for Belgium.

On Sunday (13), England hosted Croatia at the Wembley Stadium. The hosts started off well, threatening the Croatian defence with their pace. But they were just unable to find the net in the first half. It took England 57 minutes to find the opening goal. Kalvin Philips sent the ball into space in the box and Sterling managed to beat the keeper to find the back of the net. The score remained the same at the final whistle, giving England a winning start to their campaign.

The most thrilling game so far in the Euro 2020 was between Netherlands and Ukraine. After a quiet first half, the two teams stepped up to produce a thrilling second half. Gig Wijnaldum opened the scoring for the Dutch. It was doubled by Wout Weghorst to put the Dutch on top. However, Ukraine responded with two quick goals. The first one was the best in the tournament so far when Andriy Yarmalenko curved the ball from outside the box. With ten minutes remaining on the clock, Netherlands pushed on and found the winner through Denzel Dumfries.

March 30, 2022 byNews Admin No Comments
“Roman Abramovich and Ukrainian negotiators were the victims of a suspected poisoning attack at peace talks, it emerged last night,” said The Daily Mail yesterday (29).

July 28, 2022 byNews Admin No Comments
Sri Lankan sim racers, Fawzal “ZeeNic” Aleem and Trevor “Mellow” DeMello, will be racing at the Monaco SimRacing World Cup from 27-29 July, as they attempt to put up the best lap times on the chosen v