The Blues secured the title for the fourth time and it was the first time they have claimed back-to-back titles. They celebrated the title win after a thumping 5-0 win over Reading on the final day of the season. Chelsea held off the challenge of Manchester City, who finished second in the standings two points behind, while Arsenal secured third.

It is the fourth time that Chelsea has won the Women’s Super League, having previously picked up the titles in 2015 as well as 2017-18 and 2019-20. This tally takes them ahead of Arsenal and put them on top of Most Super League title wins.

Apart from an early loss in the season, Chelsea only dropped nine points over the course of the 22-match season. Furthermore, they have won eight of their fixtures by four goals or more, with Sam Kerr finishing as the division’s top scorer with 21 goals. Fran Kirby scored 16 times to end the campaign third in the goal scorers list.

Chelsea has two more chances in getting their hands on silverware. They are into the quarter-finals of the FA Cup in which they will play Everton, while they are also into the final of the Champions League, in which they will face Barcelona in Gothenburg next week.

* Ibrahamovich in doubt for the Euros 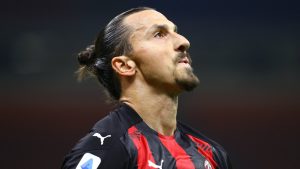 The Swedish striker was forced off against Juventus with an apparent knew injury. Zlatan Ibrahimovic was amongst the top stories for the wrong reasons in the last couple of months. He was allegedly questioned over his financial interest in a betting company. However, he started the game against Juventus and was taken off with a knee injury in the second half of AC Milan’s thumping 3-0 win over Juventus on Sunday.

Ibrahimovic was competing in the midfield for a ball when he went down with what appeared to be a non-contact injury. He tried to fight through the pain before asking to be replaced by Ante Rebic. AC Milan is on pursuit of securing a champions league spot and currently in third place after their win against Juventus. 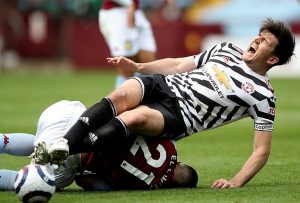 Manchester United captain and England Center-back Harry Maguire set a club record and then had to be taken off due to an ankle injury in his side’s Premier League win over Aston Villa on Sunday.

The match at Villa Park saw Maguire set a new record for most consecutive Premier League minutes played for the Red Devils. He was making his 72nd appearance in the Premier League for United, having not missed a single minute of action until his injury saw him taken off with 11 minutes left on the clock. This record was previously held by Gary Pallister who started and finished 71 games in a row between November 1993 and May 1995.

* With two wins over Man City, has Tuchel got the edge over Pep? 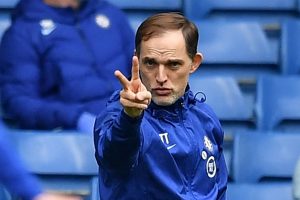 Thomas Tuchel has undoubtedly changed Chelsea’s fortune since his arrival at Stamford Bridge. He is now on the verge of lifting the prestigious Champions League as his team build up to face Pep Guardiola’s Manchester City. It is now believed that Chelsea would have given themselves a psychological edge over their rivals and their belief on winning the CL will be further enhanced by the fact they have already beaten City twice this season. Tuchel managed to outwit Pep in the FA Cup semi-final at Wembley and managed to win the League fixture at the Etihad.

Tuchel said, “As I have said before, this result will not change the final. We will arrive with the knowledge we are capable of beating City. This is what we have now, and this will not change until Istanbul.”

Dushmantha Chameera denies he is going to US

February 17, 2021 byRevatha No Comments
Former Sri Lanka fast bowler says he has no plans to migrate