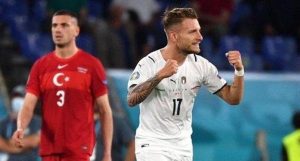 The much-anticipated Euro 2020 kicked off in Rome on Friday (11) as Italy hosted Turkey in their Group-A clash. The visitors managed to frustrate their opponents for 45 minutes but the second half was dominated by the Italian forwards. The first goal came when Turkish defender Merih Demiral put one to his own net following a stunning Domenico Berardi cross in the 53rd minute. The hosts found their mojo and kept on launching attacks at the Turkish defence. Lazio striker Ciro Immobile, playing on his home ground, scored the second after Leonardo Spinazzola’s shot was blocked by the keeper. The Azzurri wrapped up through a classy finish from Insigne when he curved the ball from the edge of the box. It was the first time in 39 European Championship matches that Italy had scored more than two goals in a game. 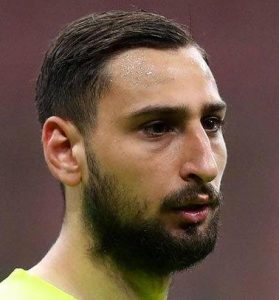 The ever-reliant football journalist Fabrizio Romano reported that Paris Saint-Germain (PSG) have verbally agreed a deal with Gianluigi Donnarumma. The Italian keeper will leave Milan at the end of this month and sign a six-year contract with the Paris team. PSG are working with the Italian national team to allow for Donnarumma to undergo a medical check-up at their Euro 2020 training camp in order for them to complete the move in the coming days. 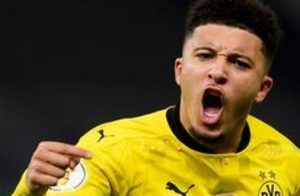 Dortmund winger Jadon Sancho is set to become one of the highest earners of Premier League as Man United continue negotiations with Borussia Dortmund over a fee for the England winger. According to The Daily Mail, Sancho will earn just under David De Gea’s weekly wage of £ 375,000 (Rs. 104.8 million) should he join the Old Trafford club, which would put him among the top five earners in the division. United have already had a bid worth £ 67 million (Rs. 18.7 billion) plus add-ons rejected by Dortmund, with the German club wanting a total package in the region of £ 86 million (Rs. 24 billion).

* Barca give two choices to Dembele 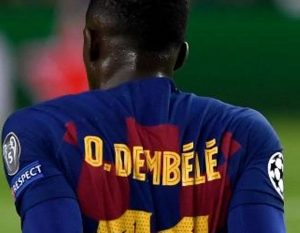