Every moratorium has ignored us: Vehicle importers

May 3, 2020 by Madhusha Thavapalakumar No Comments 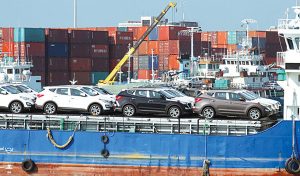 The Vehicle Importers Association of Sri Lanka (VIASL) charged that their industry has been neglected by successive Governments in every debt moratorium or financial relief package announced since the Easter Sunday attacks.

VIASL President Indika Sampath Merenchige told The Sunday Morning Business that despite their industry suffering losses as a result of both the Easter Sunday attacks and coronavirus (Covid-19), they are still being viewed as a profit-making industry.

He added that the vehicle industry was not performing well since the Easter Sunday attacks and added that as a result, vehicle importers had to sell vehicles at lower prices. In addition, in November 2019, a luxury tax came into effect and cars were subjected to a price increase of Rs. 75,000-100,000, which was again a blow to the industry.

To avoid a possible foreign exchange crisis due to the economic hit caused by Covid-19, the Sri Lankan Government restricted imports since mid-March, providing exceptions only for raw materials, pharmaceuticals, and oil. It is unknown until when the restrictions would be in place.

Merenchige added that if the prevailing situation and the existing import restriction that prevents vehicle imports continues for a prolonged period, vehicle importers in Sri Lanka will be faced with severe financial difficulty and would require the Government’s assistance.

To mitigate the impact of the ongoing situation on their business, the VIASL is expected to request Prime Minister Mahinda Rajapaksa, who is also the Minister of Finance, to include vehicle importers in their moratoriums and relief packages or provide them separate financial assistance for at least two to three years “to avoid bankruptcy”.

According to research conducted by JB Securities, vehicle registration fell to 24,472 units in November last year, the lowest since June 2013. This was due to the collapse of the “flexible exchange rate” and the presidential election in November, as noted by the study.

However, reflecting the impact of the resumption of personal motor vehicle imports under concessionary permits, last December vehicle imports rose for the first time since November 2018 to $ 83.9 million. It slumped to $ 63.3 million this January.

Meanwhile, output by major Japanese carmakers in China plunged by 86.7% in February from a year earlier to 29,911 units, due to the coronavirus outbreak.

February 3, 2021 byNews Admin No Comments
Sri Lanka’s ceramic stocks have declined to a considerable extent yesterday (2), as the Government announced the lifting of the ban it imposed last year on ceramic items as a part of its prolonged..