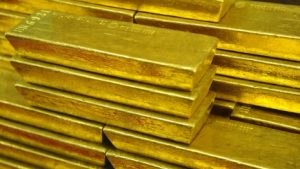 Wijeweera and  Seneviratne were arrested by the Financial Crimes Investigation Division (FCID) on 27 September for releasing 8 kg of gold that had been confiscated by Sri Lanka Customs following instructions by then Secretary of Defence Gotabaya Rajapaksa.

The gold had been released for the enshrinement of the base ring of “Sanda Hiru Seya”.

Back in 2017, the FCID questioned former Secretary of Defence Rajapaksa over the release of the gold confiscated by Sri Lanka Customs.

The FCID had received a complaint that the statues enshrined in the Chamber were not made of gold, despite gold worth millions of rupees being procured from Sri Lanka Customs to make the statues at Sanda Hiru Seya.

Customs sources, revealed that the Secretary of Defence did not have the power to have confiscated gold released from Sri Lanka Customs.

March 4, 2021 byMihi Perera No Comments
Police today stated that they had discovered bloodstains at the guesthouse where the couple was staying, with regard to the decapitated dead body found at Dam Street.

‘Debt Trap’ is only a myth: Chinese Ambassador

April 25, 2022 byRuwani Fonseka No Comments
The financial departments and institutes of China and Sri Lanka are still working closely on the new financial requests raised by Sri Lanka, in the backdrop of the island nation’s temporary suspension