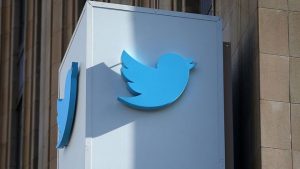 Two former employees of Twitter have been charged in the US with spying for Saudi Arabia.

The charges, unsealed on Wednesday in San Francisco, allege that Saudi agents sought personal information about Twitter users including known critics of the Saudi government.

Court documents named the two as Ahmad Abouammo, a US citizen, and Ali Alzabarah, from Saudi Arabia.

The charges allege Almutairi acted as an intermediary between the two Twitter employees and Saudi officials.

Ahmad Abouammo appeared in a Seattle court on Wednesday and was remanded in custody pending another hearing due on Friday.

He is also charged with falsifying documents and making false statements to the FBI. Abouammo is said to have left his job as a media partnership manager for Twitter in 2015.

Ali Alzabarah and Ahmed Almutairi are both believed to be in Saudi Arabia.

Alzabarah, a former Twitter engineer, is accused of accessing the personal data of more than 6,000 Twitter users in 2015 after being recruited by Saudi agents.

He was confronted by his supervisors and placed on administrative leave before fleeing to Saudi Arabia with his wife and daughter, investigators said.

In a statement, Twitter said it recognised “the lengths bad actors will go to” to try to undermine its service.

It added: “We understand the incredible risks faced by many who use Twitter to share their perspectives with the world and to hold those in power accountable. We have tools in place to protect their privacy and their ability to do their vital work.”

Saudi Arabia is a key US ally in the Middle East.

Khashoggi was murdered during a visit to the Saudi consulate in Istanbul.

January 10, 2021 byLahiru Pothmulla No Comments
Indonesian search teams on Sunday found debris and body parts believed to be from a passenger plane that went missing minutes after taking off from Jakarta airport with 62 people on board.

September 10, 2018 byMalik No Comments
A man has been charged with murdering his wife, three young children and their grandmother at a house in Western Australia (WA).