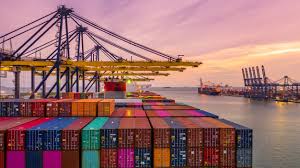 The Sri Lankan export sector managed to close 2020 with a revenue above their initially revised target following the outbreak of the Covid-19 pandemic earlier last year. Seeing this achievement as proof of their resilience, experts in the sector have predicted a positive future for local exports with fewer challenges.

In January, Export Development Board (EDB) Chairman Suresh De Mel pointed out that amidst the outbreak, there had been a notable rebound of the export sector, as recorded from mid-2020, with the proactive measures introduced by the Government. He explained that the growth in exports was not only due to the effective prevention and control of the epidemic in Sri Lanka, but also the commitment of the export community to support the national economy by bringing in much-needed foreign currency during a crisis.

Sri Lanka’s merchandise exports remained at $ 9.9 billion in 2020, which is a 104% achievement from the revised forecast of $ 9.5 billion, according to EDB data. The Board initially set a target of $ 13.5 billion for the merchandise export sectors in early 2020.

The EDB attributed reductions during the October and November period to the second outbreak of cases in Sri Lanka, alongside adverse global market conditions for Sri Lanka’s key exports, which were aggravated by the second wave in those respective markets, leading to a low demand for local exports.

Furthermore, exports of apparel, one of the economic sectors hit hardest by Covid-19, was recorded at $ 4,405.84 million, which was higher than the revised forecast of $ 4.1 billion in April.

However, the export of coconut and coconut-based products ($ 664.54 million), spices and concentrates ($ 335.47 million), and other export crops ($ 67.59 million) recorded positive growth rates during the period.

The services exports estimated by the EDB, which includes ICT/BPM (information communications technology/business process management), construction, financial services, and transport and logistics show exports of $ 2,976 million for the period of January to December 2020 compared to $ 3,888 million recorded in the corresponding period of the previous year, which shows a decline of 23.46%.

“Despite an obvious drop in exports due to Covid-19, our exporters have been quite resilient last year. Therefore, we managed to exceed our revised target for 2020, and hope to continue our growth in 2021,” said De Mel when speaking to The Sunday Morning. 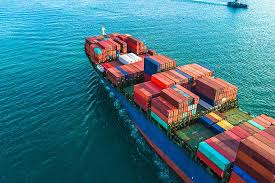 Challenges faced by the sector

According to De Mel, the biggest challenge he sees local exporters facing is their current productivity. He explained that due to social distancing, travel regulations, and some work-from-home scenarios, exporters and their factories are still not functioning at full capacity.

Due to this, he stated that many of the exporters are desperate for the vaccine in order for them to resume their operations at full capacity.

“We see this in the apparel sector where factories are limited in the number of workers they can house at a time and some factories have had to shut down temporarily as well. So, everyone is anxious for the vaccination.”

De Mel also pointed out that another challenge they are facing is the impact of the virus on our export markets. However, he also stated that the challenges have greatly reduced since last year.

National Chamber of Exporters Chief Executive Officer (CEO) Shiham Marikar agreed with this and stated that compared to last year, the number of challenges have reduced. He explained that 2020 came as a “double shock” for local exporters, as they faced delays internally and externally.

“Internally, Sri Lankan exporters faced delays in terms of factory closures, curfews, and delays in the ports; and externally, it was the closure of many of our international markets which created cancellations and cash flow issues,” said Marikar when speaking to us.

He stated that some local companies faced a difficult time when it came to their cash flow due to them receiving orders from international markets, importing the raw materials, manufacturing the products, and readying them for export, only to have the orders cancelled. He went on to state that these companies also had to deal with sensitive issues internally, such as employee pay cuts and layoffs.

However, Marikar stated that the local exporters were resilient and managed to adapt to these challenges, leaving only a few remaining. These new challenges are mainly in terms of logistics, due to high freight charges and difficulties finding clear routes to the export destinations. He pointed out that these issues were mutual to those faced by other countries.

Speaking to The Sunday Morning, Fruit and Vegetable Exporters Association Chairman Zuraish Hashim reported similar challenges. He explained: “We are currently facing challenges due to the increase in sea and air freight prices, increased prices when it comes to the importation of packing materials, and the increase in the cost of production.”

Despite this, he stated that the sector has predicted a positive future, with an even better 2022.

Predictions for the future

De Mel stated that after successfully exceeding last year’s revised export target, he is confident in setting a goal of $ 16 billion for 2021. He explained that this target is fairly achievable, thanks to the new initiatives put forth by the industry and the overall resilience of its stakeholders.

“We feel very positively about this year unlike the last, and it’s because we have seen a pickup in exports. However, this is just a forecast, assuming that there are no more unfortunate surprises in store for us.”

Marikar also predicted a positive forecast for the year 2021, and stated that the exporters were thankful to the frontline workers for keeping everyone safe and the Ports Authority for getting things back in order and continuing to make improvements.

Furthermore, he stated that the exporters are also happy with Sri Lanka Customs for digitising their day-to-day processes, and hopes that there will be further digitalisation of these processes.

“We will be working with the EDB to help them achieve the target they have set out for this year. We also expect Sri Lanka’s foreign missions to help us by identifying new leads in different regions.”