The National Chamber of Exporters (NCE) has sent a letter to the Ministry of Finance a few days ago, expressing their concerns over a number of proposals announced in the Budget 2021 in mid-November.

NCE CEO and Secretary General Shiham Marikkar told The Sunday Morning Business that these proposals were vague and lacked a clear direction on how to implement, and would be hurtful to the export industry if implemented. 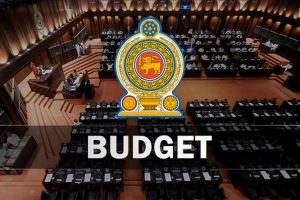 Announcing the Budget 2021, Prime Minister Mahinda Rajapaksa, who is also the Minister of Finance, stated that it cannot be justified to have two different ages for compulsory retirement for men and women.

Marikkar added that at the moment, private sector companies enter into an agreement with the female employees to retire when they are 50 years and for male employees to retire at 55 years. The agreement of employees who are efficient even beyond their retirement age will be extended, whereas low-productivity employees will be replaced after their retirement age in order to increase the productivity of the company. However, this proposal is expected to increase the number of lower productivity people in a company, according to him.

The second proposal that has been raised by the NCE in the letter was on charging a tax of 0.25% of the turnover of businesses and factories with more than 50 employees, to be accrued to the proposed insurance fund. According to the Budget 2021, this insurance fund is intended to be used for those who are employed at retail and wholesale shops with more than five employees and hotels.

Furthermore, it was proposed to implement an insurance scheme through the Sri Lanka Export Credit Insurance Corporation (SLECIC) with the contribution of an insurance premium of 1% of export revenue in order to accelerate the financing facilities through export receipt confirmation.

Speaking on these two proposals, Marikkar stated that imposing such additional taxes when the export industry is operating with a very thin profit margin amidst disruptions caused by the pandemic puts the sustainability of the export industry at risk.

The NCE is yet to receive a response to the letter from the Ministry of Finance.

Show me the money: a magic trick waiting to backfire

July 25, 2021 byNews Admin No Comments
This is the humorous storyline of a video I watched some time ago by the famous Sinhala comedian duo “Podi malli and Chooti malli''. A father was very worried that his little son had swallowed a two r

April 11, 2022 byNews Admin No Comments
The Government of Sri Lanka (GoSL), through the Ministry of Finance, last Saturday (9) published a Request for Proposals (RFP) from interested parties or agencies for the appointment of financial advi