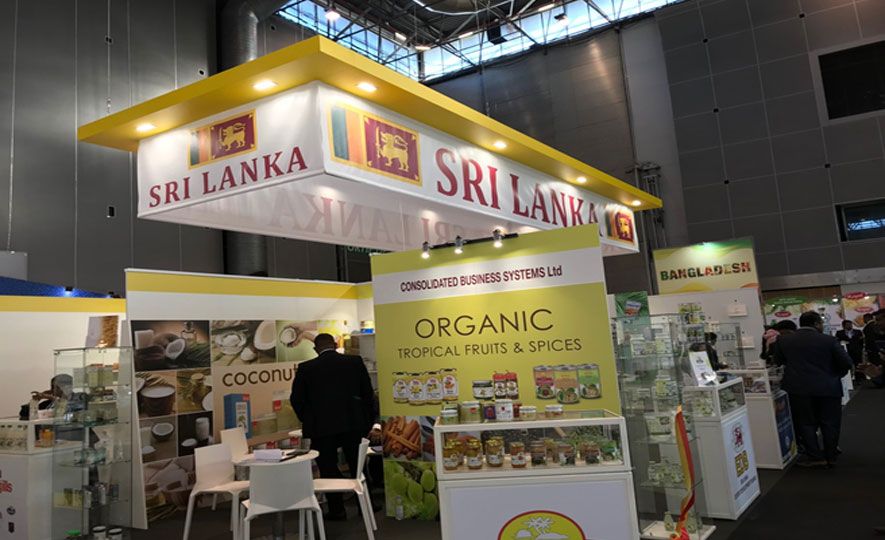 Despite positive predictions at the beginning of the year, uncertainty has once again gripped the Sri Lankan export sector following the most recent surge in Covid-19 cases, leading experts to believe that the current export target needs to be revised.

Speaking to The Sunday Morning, EDB Chairman Suresh de Mel stated that the evolving situation has made the future uncertain, and the impact on the sector from the recent surge of Covid cases is yet to be analysed. He explained that this lack of analysis is due to unpredictable situations in both Sri Lanka and its export markets, making it difficult to make an accurate calculation.

“Sri Lanka and our export markets are going through a challenging situation, and it will take us some time to understand the actual effects of this. If we look at India, it is very uncertain what our exports to India will be. On the one hand, our exports to India may reduce, and on the other hand, with the decrease in India’s exports, we may be able to pick up the slack. These will include products such as fruits, vegetables, and spices. But I don’t know if it will be enough to compensate for the impact felt by our industry.”

This comes despite positive predictions from de Mel last February, when he was confident that the resilience of the sector and its performance last year would help it reach the 2021 export target of $ 16 billion. Now, however, this goal may have to be revised in light of the current situation, he noted.

At the time, he stated that the target was fairly achievable thanks to the industry’s resilience, as well as the new initiatives put forth by the industry and the overall resilience of its stakeholders. He explained that the EDB had predicted a $ 15.68 billion target for merchandise and service exports for 2021, with $ 12 billion expected to come from merchandise exports, which is a $ 2 billion increase from last year, leaving the remaining $ 3.68 billion to come from service exports.

When speaking with the paper last February, other industry experts were also positive about the future of local exports, with fewer challenges expected after the export sector’s 2020 revenue, which surpassed its initially revised target after the pandemic’s outbreak. During that time too, they noted this as proof of the sector’s resilience.

Sri Lanka’s merchandise export earnings remained at $ 9.9 billion in 2020, which was 104% of the revised forecast of $ 9.5 billion, according to Export Development Board (EDB) data. The board initially set a target of $ 13.5 billion for the merchandise export sectors in early 2020, before the pandemic struck.

The EDB attributed the reductions during the October and November period to the second outbreak of cases in Sri Lanka, alongside adverse global market conditions for Sri Lanka’s key exports, which were aggravated by the second waves in those respective markets, leading to a low demand for local exports.

However, the export of coconut and coconut-based products ($ 664.54 million), spices and concentrates ($ 335.47 million), and other export crops ($ 67.59 million) recorded positive growth rates during the period. Earnings from the export of PPE (Personal Protective Equipment)-related products increased by 47.42% to $ 876.44 million in January to December 2020, compared with $ 600.45 million recorded in the corresponding period of the previous year.

This strong performance was mainly due to the increased exports of other made-up textile articles (HS 630790), and articles of apparel and plastic clothing accessories (HS 392620). As a result of increased export of articles of apparel and plastic clothing accessories, export of plastic products increased by 139.96% to $ 176.35 million in January to December 2020, compared with the value of $ 73.49 million recorded in the corresponding period of the previous year.

The services exports estimated by the EDB, which includes ICT/BPM (information communications technology/business process management), construction, financial services, and transport and logistics, show export earnings of $ 2,976 million for the period of January to December 2020 compared to $ 3,888 million recorded in the corresponding period of the previous year, which is a decline of 23.46%.

Despite the current uncertainty, de Mel stated that the EDB is continuing to push through and look for new opportunities that may have arisen during the crisis, to benefit the sector.

Speaking to The Sunday Morning, National Chamber of Exporters CEO Shiham Marikkar also expressed that while the export sector is going through a tough time, it is better than the previous year. He explained that markets have opened up compared to May 2020, and exports have been moving.

“Exports are moving. Issues such as the congestion we faced last year at the Port Authority have been streamlined. But now our exporters are confused.” This confusion among local exporters, he noted, was due to the current restrictions in the country. He pointed out that the provincial-level restrictions in effect have hindered exporters by limiting the movements of employees and raw materials.

However, he stated, the EDB has played a crucial role in trying to address these issues by co-ordinating with exporters to streamline these issues. He stated that while it is difficult to make long term plans due to the current situation, the industry will work together to reach whatever goal is set for them.

Echoing de Mel’s statements, Colombo Chamber of Commerce President Saranga Wijeyaratne stated that there may be a need for a revision to the current export target. He explained that when the target was drafted, they did not predict a third wave in the country.

He stated that in 2020, Sri Lanka experienced a temporary positive balance after a long time, due to import controls and well-performing exports. Due to this, he stated that the Government predicted a continual rise in exports in 2021; however, it was disrupted by the current Covid wave.

“We think both the exporters and the Government did not have enough time to implement their plans. Our exporters also faced issues with importing raw materials, since two of our largest markets for raw materials are China and India. While China does not have an immediate health crisis, they have placed a lot of limitations on trade, and India is currently facing a very bad situation.”

Wijeyaratne stated that this is not the time for the Sri Lankan export sector to look at creative new exports. Instead, he suggested that the sector focus on exports that have developed a competitive advantage over the years, such as tea, apparel, and spices.

“I think we need to focus on the already established products. I do not think focusing on creative newer markets will go well for us. If we had a proper plan for these products, I think we would do well,” he concluded.

Sunny Side Up: Rosy being probed?

January 22, 2022 byNews Admin No Comments
Colombo Mayor Rosy Senanayake is reportedly being probed by the Commission to Investigate Allegations of Bribery or Corruption (CIABOC) over a complaint lodged by Colombo Municipal Councillor Mahinda

Side-effects of contraceptives the main cause of discontinued use: Colombo study