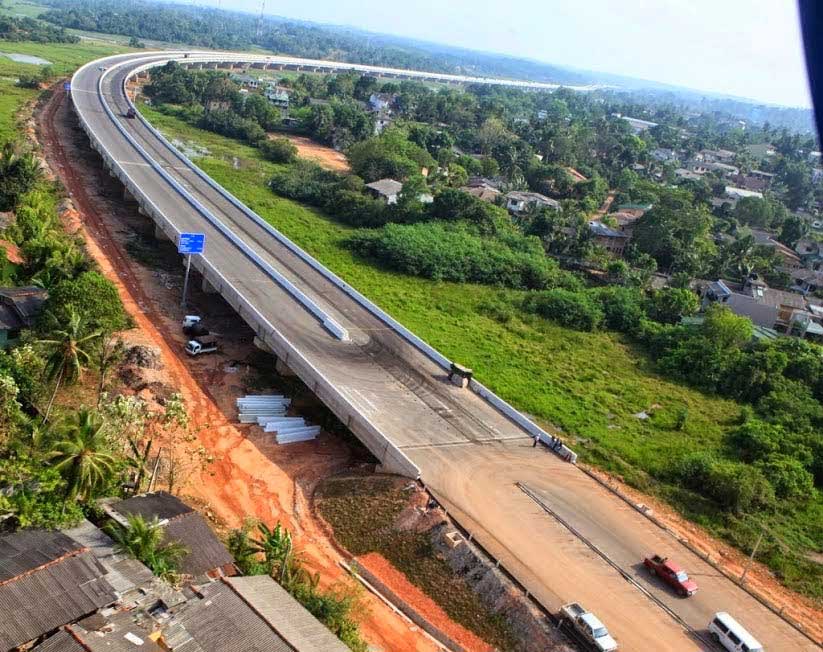 By Maheesha Mudugamuwa
Crucial talks are set to take place this week as attempts are made to resume work on sections of the stalled Central Expressway Project (CEP), The Sunday Morning learns.

Secretary to the President Dr. P.B. Jayasundera and the Road Development Authority (RDA) are to hold talks this week to discuss issues related to the project, sources said.

The full project involves funding and expertise from China, Japan, and Sri Lanka in four phases.

The 34 km-long Section III from Pothuhera to Galagedara which was to be constructed by a Japanese contractor at an estimated cost of around Rs. 135 billion with a loan obtained from Tokyo Mitsubishi Bank (TMB) Japan, is still under discussion.

Explaining the present situation of Section III of the CEP, a senior official of the RDA told The Sunday Morning that the loan agreement with Japan can be signed only once clearance from the Attorney General’s Department was obtained regarding some legal issues pertaining to the agreement.

“A decision is expected to be taken after the meeting with Dr. Jayasundera,” the official added.

The Sunday Morning learnt that the conditions related to the loan from Japan, based on jurisdiction and bribery, were still being discussed by the two parties.

Last week, Japan was reported to have held discussions with President Gotabaya Rajapaksa for the purpose of reviving projects that had been delayed, including the construction of the Pothuhera-Galagedara stretch of the CEP.

Initially, the Government plan was to complete the construction of the CEP which consists of four phases at the end of 2019. The construction of Section I, 37.3 km from Kadawatha to Meerigama, had stalled due to the delay in finalising the loan agreements between Sri Lanka and China. Section IV was to be funded by China but an agreement has not yet been signed.

When contacted, the Director General of the RDA Kamal Amaraweera told The Sunday Morning that talks with the relevant parties had taken place, adding that he expected the project to be expedited.

Sunny Side Up: Leech attack on VIP daughter

May 16, 2021 byNews Admin No Comments
The daughter of a senior minister of the Government has suffered complications due to allergies after falling victim to leech bites during a weekend retreat in Riverston in Matale.