Specific and quality based justice related services need to be developed and delivered through a fast tracked court system and special legislations to address the barriers to the committed participation of victims in the criminal justice process in Sri Lanka, a study noted.

The study added that such reforms would help overcome victim disengagement, reduce attrition rates, and enhance the response to sexual violence. 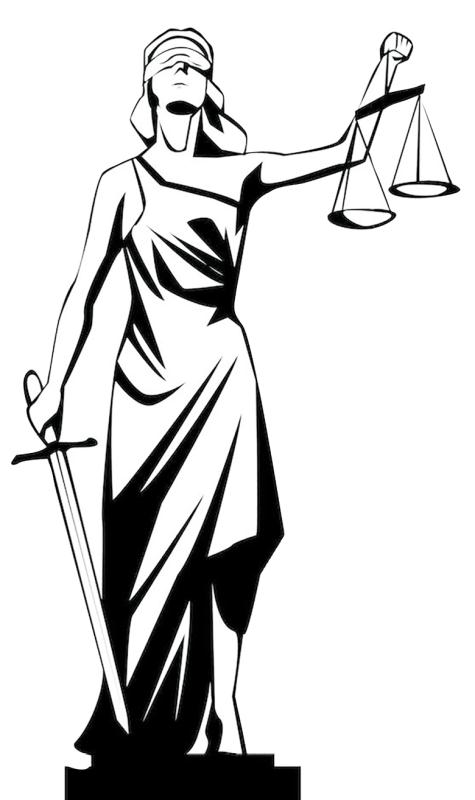 Women and girls face numerous barriers to reporting sexual violence (including reluctance to report to law enforcement) as well as throughout the progress of their cases, with many victims reporting of being treated with disrespect and insensitivity. Further, victims are required to tell their stories on multiple occasions, reports are refused, or are taken but an investigation is not conducted, or there are delays, or the Police encourage meditation and settlement. Thus, critical gaps in the provision of victim centered justice services have been found at all stages of the criminal justice system, the article notes.

Rape is a form of sexual violence. It is a social problem. Gender, according to Ganesharajah, is the most powerful factor in criminal offences such as rape, sexual assault and relationship violence, which are predominantly committed against women and perpetrated by men.

Definitions of rape recognise methods of obtaining submission other than through overt force, such as various types of threats. A category of rape that does not involve force or threats is also recognised: taking improper advantage of an incapacitated (owing to mental illness or retardation, and drug and alcohol intoxication) victim.

Most rapes involve only one offender who takes care to perpetrate the crime while in seclusion with his victim. Witness corroboration has often been very hard to provide. However, it makes an exception for cases where the victim could not consent due to age, mental defect or incapacity, and in such cases, there must be evidence that establishes that an attempt was made to engage the victim in the activity charged and to connect the defendant with the offence. In the view of some defence attorneys, this change means that a defendant charged with a sex crime not involving such exceptions can be convicted solely upon the testimony of the complainant, Ganesharajah noted.

With regard to the offence of rape, the Penal Code provides a meaning similar to that which is used in common parlance (‘sexual intercourse committed by a man with a woman without her consent’). The provisions in the Penal Code relating to rape were substantially amended in 1995 by enacting the Penal Code (Amendment), No. 22 of 1995. It was further amended in 1998 by passing the Penal Code (Amendment), No. 29 of 1998. The changes introduced include that rape also takes place in the context of incest, gang rape, custodial rape (a woman in the custody of any administrative officer or institution), non custodial rape (a woman who is not in lawful custody but in the custody of a person, either a friend or another known person) and marital rape (with some conditions); the age considered for statutory rape being raised from 12 to 16 years; the rule on mandatory minimum sentencing; and mandatory compensation for the victim as penal redress.

Also, the Assistance to and Protection of Victims of Crime and Witnesses Act, No. 04 of 2015, was enacted with the aim of protecting victims and witnesses of crime from secondary victimization when they interact with the justice system, and provides for compensation as an entitlement for the victim of the crime (State compensation – Part Seven). Thus, the convicted person should pay an amount not exceeding Rs. one million as compensation to the victim and/or a sum not exceeding 20% of the maximum fine payable for that offence. Section 29 of the Act further recognizes that there should be a protection fund to assist the victims, dependent family members or next of kin. There is no compensation mechanism/scheme available in the Act and Ganesharajah noted that, as a result, the court has the discretion to decide any amount in accordance with the Act. However, the ambiguity of this, Ganesharajah asserts, negatively affects rape victims.

It was also observed by Ganesharajah that there was no single case found where the victim impact statement was submitted by the victim party.

Only a High Court can exercise the jurisdiction of the first instance to hear a rape case.

In a rape case, it is the duty of the prosecution to prove the case beyond any reasonable doubt of all the elements (the actus reus and the mens rea or fault element) of the offences. The prosecution should prove that the victim did not consent (voluntarily, freely agree without force, threat, and fraud) to the perpetrator to engage in sexual intercourse {Section 363(a)}. When a man has sexual intercourse (penetration) with a female child who is below 16 years, it is considered as statutory rape. In this instance, consent is immaterial but it is subject to the exception of a girl child who has entered a legal marriage bond – child marriage {Section 363(e)} as recognised under the Muslim Marriage and Divorce Act, No. 13 of 1951 as amended.

Delay in concluding the case (not forgetting the period from reporting the first information to starting the hearings of the court proceedings which make the victim wait for a long period to give evidence at the trial) is an indictable offence. However, the law does not have any provision regarding the minimum or maximum period to be taken to hear a case. Section 120(1) of the Code of Criminal Procedure states that the investigation should be completed without any unnecessary delay.

Inappropriate punishment and compensation being given to the offender due to the consideration of rehabilitation and other merciful factors, means that the offender, Ganesharajah added, often receives a lenient sentence, and in many instances, a suspended sentence. By 1995, the Penal Code Amendment on the mandatory sentencing principle was introduced against sexual crimes. Regarding the High Court of Anuradhapura case (333/2004), the Supreme Court (SC in Reference 3/2008) held that Section 362(2)(e) of the Penal Code which refers to a minimum mandatory sentence is in conflict with Articles 11 (freedom from torture, cruel, inhuman, degrading treatment or punishment) and 12 (right to equality and non discrimination) of the Constitution. Section 362(2)(e) of the Penal Code cannot, the SC held, remove the discretionary power given to the trial Judge (who heard the case) – by Article 125 of the Constitution, to impose the most appropriate punishment on the offender. Indirectly, Ganesharajah argued, the SC’s pronouncement was that Section 362(2)(e) is unconstitutional. As a result of this decision, Ganesharajah pointed out, in almost all rape cases, the offender receives a suspended sentence for such a heinous crime, and that therefore, it may be stated that the lesser punishment which is inflicted on the offender is another aspect in the criminal justice process that the rape victim must suffer injustice from.

Further, training should be provided for forensic professionals to ensure that the collection of medical and forensic evidence is undertaken in a manner that does not cause secondary victimisation to the victim (formulation of protocols for forensic medical examinations on sexual assault based on World Health Organisation guidelines), and to understand the strengths and limitations of such evidence.

Legal aid mechanisms, programmes and engaging lawyers associations and firms to expand the eligibility of available legal aid to include victims of sexual violence and partnerships with law associations to promote pro bono legal representation and assistance for victims is a must.

Training for judges to eliminate judicial stereotyping and on how to apply evidentiary rules in a non discriminatory and gender sensitive manner along with policies that support enabling courtroom environments for victims including specialised courts to deal with sexual offences, comprised of specialised prosecutors, victim support professionals and dedicated judges are important.

Concerning partnerships between criminal justice agencies and social services and victim support agencies, funding and training for civil society organisations to provide professional and/or trained volunteer support services for victims before, during and after the criminal justice process, and for the non justice sector to identify and support agencies and organisations that are providing services and support for victims whilst identifying, supporting and capitalising on local agencies and organisations that have the ability to access and influence decision makers in developing effective, high-quality services and practices, are vital aspects.

On inter-agency cooperation and communication (through task forces and inter-agency meetings on individual cases) with regard to rape, Ganesharajah noted that in a number of communities, law enforcement and social and victim service agencies and organisations have formally coordinated their response to rape through organisational and procedural changes. During cross trainings, physicians may learn the evidentiary issues prosecutors face, law enforcement officers and prosecutors may learn about common reactions to trauma from rape crisis counsellors, and victim advocates may learn more about the criminal justice system, so that they can better help victims prepare for court.

With regard to community awareness, Ganesharajah observed that the acknowledgement of acquaintance rape and rape among young people have caused jurisdictions to focus their efforts on civic education.

There is, Ganeshrajah concluded, no mechanism established in Sri Lanka to support rape victims to overcome the physical, mental, health and social issues that they have to suffer as a result of rape.

November 22, 2020 byLahiru Pothmulla No Comments
Former Minister Athauda Seneviratne's son has been arrested and then released on bail for allegedly berating a police officer on duty at Sarana Road in Colombo 7, police said.