Fate of LPL to be known this week 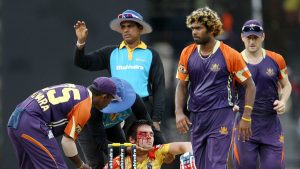 The start of the LPL was postponed on many occasions. Its 23 November start is now in severe doubt with the ongoing spike of Covid-19 cases in the country

There is a sudden, unexpected spike in the Covid-19 cases in Sri Lanka following the emergence of the ‘Brandix’ apparel factory cluster in Minuwangoda, a town in Gampaha District, 35 km north east of Colombo. As a result, the sports activities that were slowly picking up in the country have been hit by a severe blow. The Lanka Premier League (LPL), the only major cricket tournament in the country following the outbreak of the coronavirus in March, will be the most significant of them all.

It was only last month (20 September) that Sri Lanka Cricket (SLC) announced that the LPL will be held from 21 November to 13 December.

“We are going to assess the situation within the next couple of days. Then only we will have to decide whether we can move forward or not. But for the moment, we have scheduled to start it on the 21st (of November) as we have announced recently,” said SLC CEO Ashley de Silva yesterday (7).

On 20 September, SLC pushed back the LPL’s start from 14 to 21 November (by one week) to allow longer passage for the players who are now taking part in the Indian Premier League (IPL) in the United Arab Emirates to come to Sri Lanka to participate in the LPL.

The LPL is scheduled to be held at Kandy, Dambulla, and Hambantota. The five-team tournament will consist of 23 matches.

August 2, 2021 byRevatha No Comments
Results from Hungarian F1 on Sunday