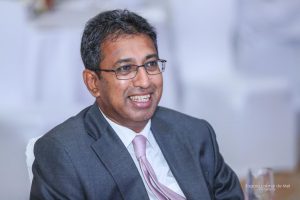 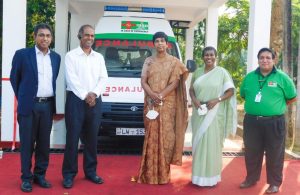 Founder of the service Colombo District MP Dr. Harsha de Silva stated that while the service marks its fifth anniversary after a launch amidst various obstacles, the infrastructure needs to be  further developed to enhance the service rendered to the country by this service in future.

He points out that at a time when the country is facing the Covid-19 pandemic, the magnificent service rendered to the country through this initiative is now being honored by the entire country.

“Today, this service is celebrating its fifth anniversary with great pride. I salute all, most importantly the almost 1,500 Suwa Seriya staff led voluntarily by Mr Dumindra Ratnayake and the Board along with CEO Mr Sohan de Silva who are totally committed to this service and responsible for having brought it to where it is today. It is very important to further develop over the coming decade, the service rendered to the people by this service during these five years. Therefore, on this occasion of the fifth anniversary of this service, I urge the Government to study the future needs and take steps to further strengthen the infrastructure facilities of this service. It will definitely be a very important social investment.” he said.

On July 28, 2016, the 1990 Suwa Seriya pilot project was launched in Western and Southern Provinces using 88 ambulances, with a grant of US $ 7.6 million from India. Following the success of this pilot project, India again donated US $ 15.2 million to Sri Lanka to launch ambulance service island wide. The People of Sri Lanka are most grateful to the people of India and PM Modi for this invaluable gift.

“The last five years have been five years of healing for the country. Such services do not exist even in more developed countries than ours. Anyone who has taken its service will definitely appreciate its importance. We have been successful in achieving almost all the targets set by us during these five years. I thank former Prime Minister Ranil Wickremesinghe for supporting me in launching this service, President Gotabaya Rajapaksa for taking this service forward as planned, and the Minister of Health (Mrs.) Pavithra Wanniarachchi and State Minister of Health (Mrs.) Sudarshani Fernandopulle under whom the service is currently gazetted,” he said.

As of now 903,438 patients have been admitted to emergency and critical care through this service and the average time taken to reach a patient in the whole island is just 14 minutes and 28 seconds.