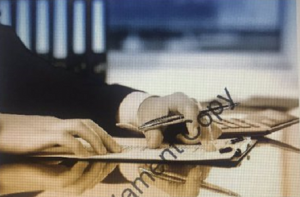 The financial bids for the 6th Forensic Audit report will open tomorrow(31), the Central Bank of Sri Lanka (CBSL)said today.

The 6th Forensic Audit report will be on selected entities regulated and supervised by the CBSL.

CBSL said following price negotiations it will inform the court and relevant authorities and take a final decision on the awarding of the contract.

Five Forensic Audit reports have been already completed with a cost of Rs 275 million.

The procurement of the five forensic audits were carried out by a Cabinet Appointed Consultant Procurement Committee and the contracts were awarded to audit firms with a global practice and international experience in forensic auditing with the approval of the Cabinet of Ministers.

The below reports were further tabled in Parliament on the 21st of January.

1. Issuance of Treasury Bonds during the period from 1 January 2002 to 28 February 2015 by the Public Debt Department

2. Primary and secondary market transactions of the Employees’ Provident Fund involving Treasury Bonds issued/transacted during the period from 1 January 2002 to 28 February 2015

3. Transactions of the Employees’ Provident Fund from 1 January 1998 to 31 December 2017 in listed and unlisted equities

4. Issuance of Treasury Bonds and remittance of funds received to the General Treasury during the period from 1 February 2015 to 31 March 2016 by the Public Debt Department

5. Conduct of the supervisory and regulatory role by the Superintendent of Public Debt/Director, Supervision of Non-Bank Financial Institutions pertaining to selected Primary Dealers from 1 January 2009 to 31 December 2017.

April 8, 2021 byNews Admin No Comments
President Gotabaya Rajapaksa has said that measures are being taken to set up a citizen-centric digital government for the convenience of Sri Lanka’s citizens.