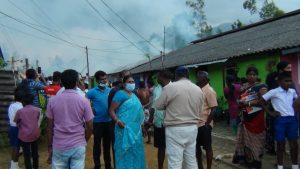 A fire has broken out in a row of estate houses at the Queensland Section of the Brunswick Estate in Maskeliya at around 1.00 pm today (17) destroying 20 houses.

Efforts by plantation workers and the Maskeliya Police to put out the blaze have been unsuccessful.

Police said that no one was injured in the fire and the police suspect that the fire had broken out due to an electric shortage. 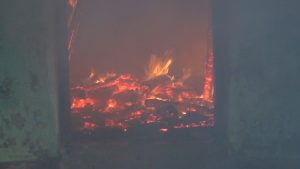