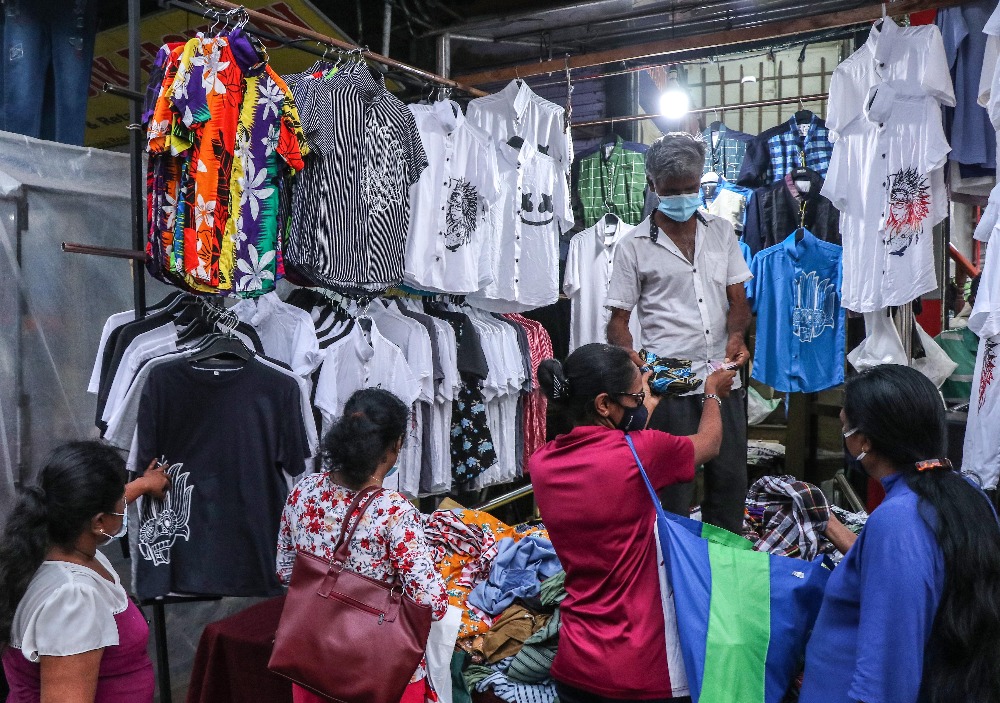 First Avurudu since lockdown: What are we doing differently?

April 11, 2021 by Dimithri Wijesinghe No Comments

The 2021 Sinhala and Tamil New Year is on Wednesday, 14 April. The aluth avurudda or puthandu celebration this year holds great significance in the households that will be celebrating the occasion, considering that last year, due to the pandemic, Sri Lanka’s Sinhalese and Tamil communities were made to put a pause to the millennia-old tradition of celebration, perhaps for the first time since its inception.

Last year, when Avurudu rolled around, we were all in the midst of the absolute height of Covid-19, largely an unknown even at that point, with much uncertainty. Over 100,000 people had died around the world while over 1.7 million were infected. Around mid-April in Sri Lanka, there were seven reported deaths and 197 cases, and it was not a time for celebration.

By this time last year, the entire island was under curfew since late March, and the Districts of Colombo, Gampaha, and Kalutara were identified as high-risk areas, with Kandy, Jaffna, Ratnapura, and Pelmadulla areas joining the list.

They were strange times. Until the year 2020, nothing had prevented Avurudu celebrations and festivities from going ahead in Sri Lanka; neither the tsunami nor the 30-year civil war could even touch the sanctity of these celebrations. Yet, a pandemic threatening the lives of anyone who chose to socialise put a stop to it all real quick.

This time around, we are all battle-hardened and have lived an entire year with Covid. Vaccine programmes have been rolled out – regardless of their effectiveness and general availability, they exist – and therefore there is hope. With the elderly vaccinated and the spread of cases somewhat under control, no curfew so far has been issued for Avurudu this year.

The Public Health Inspectors’ Union (PHIU) issued a statement last month, stating that there is no need to go for a countrywide lockdown during this Avurudu period, with PHIU Chairman Upul Rohana commenting that people should act responsibly to control the situation.

“It seems impractical to impose extra, strict quarantine regulations or more travel restrictions in a country like ours. Therefore, the public should be made aware during the upcoming festive season to act responsibly to prevent a future Covid-19 third wave,” he said.

However, National Operation Centre for Prevention of Covid-19 Outbreak (NOCPCO) Head and Army Commander Gen. Shavendra Silva issued a statement noting that travel restrictions would be imposed if necessary due to the public’s non-adherence to precautionary measures, as witnessed by the post-Christmas resurgence of Covid-19 cases which confirmed that people do not follow health advice properly during such festive periods.

It is also important to note that the economy, including imports, have been affected during the previous lockdown/curfew periods, and businesses right now are just starting to re-establish their activities. As such, a lockdown could have a huge impact on the economy, and therefore it is extremely unlikely that a lockdown would be imposed. However, despite the warnings to remain safe, we’ve seen the frenzied Avurudu shopping and travelling all over the island. 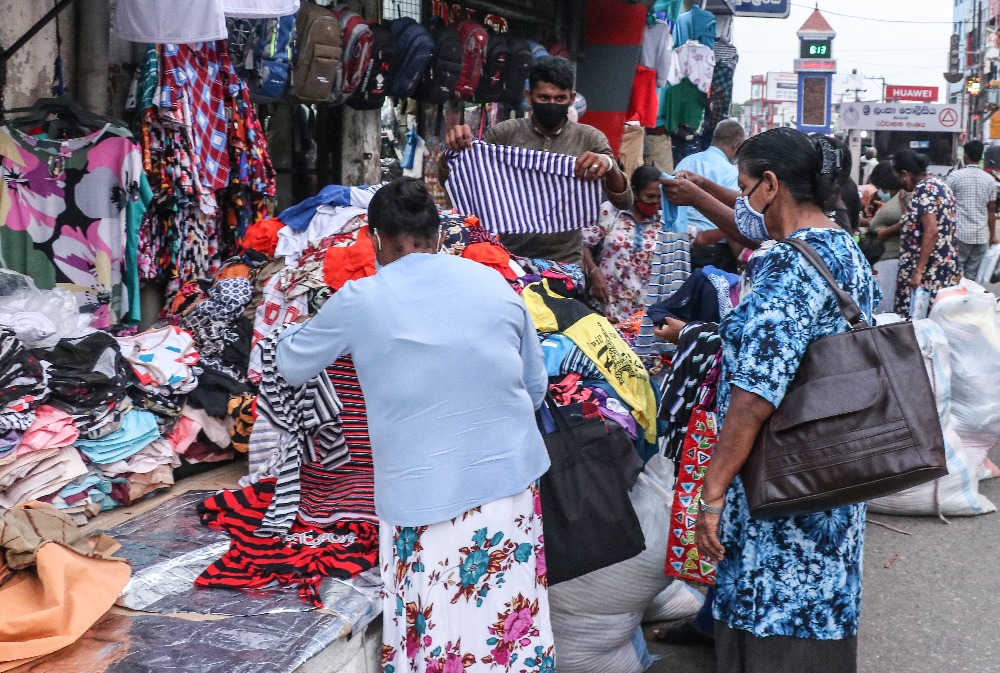 As much as the general public is excited to get out of the house, having an excuse to go shopping, buy gifts to take on their visits to see family, shops and various commercial outlets are also excited to have customers who are eager to purchase anything they can get their hands on, having spent the entirety of last year cooped up at home with only a bit of online shopping to keep you company. Now, it would seem that consumers have an endless shopping list they need to cross out.

Speaking with a few retail outlets in and around Wellawatte, many of the business owners shared that they have had a lucrative few weeks, particularly those at the Wellawatte Orchard Building, sharing that in addition to the many weddings that have been happening, Avurudu always incites tailoring new clothes and buying fabrics as well as lots of brand new sarees and saree jackets. They said that in Sri Lanka, a saree is considered an ideal gift to take for any woman in the family, particularly if the woman has just entered the workforce, as it is a tradition to buy them a brand new saree.

The early morning market in Pamunuwa has been seeing customers flock in as early as 5 a.m., making a pit stop before work to get some shopping done before the rush hour crowds set in. The vendors shared that they set up shop just past 2 a.m. in order for the first set of customers to trickle in, particularly those coming off of long-distance highway buses and would always make a stop to take a look at what’s available at the market.

Retailers shared that the past year had been particularly difficult, with many of them having to look for alternative ways of income by taking up day jobs as well as various manual labour and construction work to be able to afford daily expenses. They collectively expressed that they are hopeful that people will continue to travel and get back to their normal routines.

Sharing their thoughts on the nature of celebrations this year, several Lankans commented that this time around, they are incredibly excited to be spending time with their extended families as Avurudu, with all its traditions and practices, is an opportunity to spend time with your family who are normally scattered around the island.

Avurudu has always signified a moment of celebration amongst communities; in the past, there have been large community gatherings put together, with the avurudu uthsawaya being a common fixture in the Avurudu calendar, where the entire community gathers and enjoys games and various activities while sharing in the traditional sweetmeats. All of this had to be abandoned last year due to pandemic restrictions.

Sharing with us what he’ll be doing this Avurudu, marketing executive and travel enthusiast Mithra Gunasekara said: “Last year my family spent new year’s isolated, similar to the rest of the nation. We weren’t able to share our celebrations with our neighbours the way we had for decades, there were no firecrackers marking the arrival of the new year, and there was no community around the holiday. This year, we are getting a small piece of the old Avurudu celebration back.”

Attorney-at-law Niveda Haran shared that they usually don’t go all out on celebrations but they definitely make a visit to see their elders to carry out some of the rituals. “We are doing the usual ritual for the new year this year and we are going to visit our relatives. It’s back to normal this year. I am excited about Avurudu this year, and I am looking forward to having a good time with my family,” she said.

Fitness instructor Sulochana Perera shared: “This Avurudu feels more exciting than the other years because we were restricted from celebrating it last year. I am planning to travel with my family this year as it is a nice holiday and we can finally get out.”

Even those who are not following traditions or joining in on the celebrations are excited to enjoy what feels like the first vacation we are experiencing without the looming threat of the unknown. “I am not exactly celebrating Avurudu, but comparing it with last year, I am happy we get to celebrate this year, even if it is with some regulations. I am excited to eat Avurudu sweets and participate in Avurudu games, as we missed all that Avurudu flare due to Covid-19 in 2020,” said law student Harshana.

September 26, 2021 byNews Admin No Comments
Last week, there were several reports that emerged of black fungus cases in Sri Lanka. These cases were detected from patients infected with Covid-19. In that regard, I spoke to Professor Emeritus Lak

Accountability and transparency in fundraising: Lessons from #IshiniGate

November 29, 2020 byJennifer Anandanayagam No Comments
The Lankan Twitter sphere, along with all other social media platforms, has been ablaze with the ongoing controversy that has now come to be known as #IshiniGate.