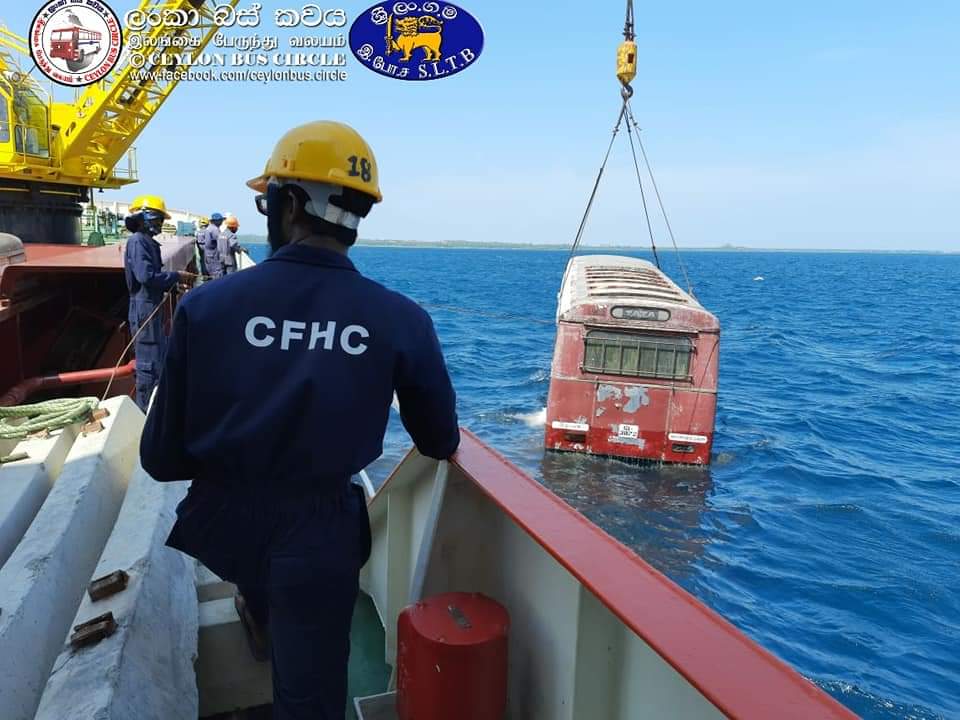 The National Fisheries Solidarity Organisation (NAFSO) has welcomed the decision of the Ministry of Fisheries to build artificial reefs and fish-spawning habitats with old buses and concrete structures, despite protests from fishermen in the South Indian State of Tamil Nadu.

NAFSO Convener Herman Kumara said this programme has long-term benefits and is important to build reefs where it helps enhance the biodiversity in coastal waters.

The Department of Fisheries and Aquatic Resources, with the assistance of the Navy, launched this project to create artificial reefs off Delft Island. According to State Minister of Ornamental Fish, Inland Fish and Prawn Farming, Fishery Harbour Development, Multi-Day Fishing Activities, and Fish Exports Kanchana Wijesekera, the fourth stage of the programme had been successfully conducted in the sea area of the Jaffna Peninsula. The earlier stages were conducted in Trincomalee, Galle, and Matara.

The Hindu reported that members of India’s All Mechanised Boat-Fishermen Association held a protest in Rameswaram, India, urging Sri Lanka to stop dropping “iron scrap” into the sea, since it would “affect” the marine ecology in the Palk Strait and also “damage” their own boats and nets.

Responding to the protests, Wijesekera said: “Protests by Tamil Nadu fishermen against the programme, claiming that it is an irresponsible move, has been rejected by the Government of Sri Lanka and therefore, this project will be continued. Similar programmes are conducted globally, and it has been recommended by the National Aquatic Resources Research and Development Agency (NARA) as well.”

He further added that Sri Lanka has already banned bottom trawling fishing and that it will take steps to ban further methods which harm the marine environment.

It is expected that the artificial reefs and fish-spawning habitats project will help increase fish stocks in the northern waters in the time to come and that the Navy will continue to provide essential support for the success of the same.

A total of 20 discarded buses have been submerged off the island in the Jaffna seas to help create artificial reefs conducive for the marine environment.

December 16, 2021 byNews Admin No Comments
The Indian Government has cleared a proposal to raise the minimum age of marriage for women from 18 to 21, according to media reports, as women’s rights activists fear the move could lead to a “real d

April 17, 2020 byTSM Web Desk No Comments
Former Speaker Karu Jayasuriya has urged the government and the Opposition to put their differences aside and work together to avoid a constitutional crisis.