October 11, 2020 by themorningeditor1 liberty No Comments

Anyone who drives in Colombo for even a few minutes runs the very real possibility of hitting or getting hit by something – a motorcycle, a tuk tuk, a person, a bus, another car or van, or even a tree; or get stuck in traffic that turns a 20-minute drive into a 90-minute nightmare. That’s how badly our roads have been designed.

There’s no point in wringing our hands like naughty children and saying there’s too much traffic. Until our public transport system – trains and buses – is brought up to a satisfactory level, people have to get to school and to work. Via the roads – they don’t have wings to fly.

Traffic isn’t just a nuisance, it’s a major economic issue that affects investment, productivity, and efficiency. And it keeps a lot of angry commuters in a bad mood permanently. 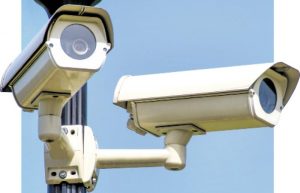 So let’s look at what the problems are and what needs to be done.

Traffic congestion is only at junctions. Roads have sufficient capacity. It’s a myth that we don’t have sufficient road space in Colombo. If the traffic would flow, vehicles would get from point A to point B and then be off the roads. But when junctions are badly designed, they become clogged with traffic, resulting in many times the number of vehicles than necessary remaining on the roads.

What’s wrong with our junctions?

•Poor construction of bus stops, resulting in buses stopping partially or fully on the roads and at junctions to pick up passengers, resulting in traffic blockage

•Poor construction of parking spots, resulting in traffic congestion due to improper parking and reversing out of parking slots

•Religious statues blocking the line of sight of motorists

•Calibrate the traffic lights properly – zero cost; how hard can this be?

•Rationalise the design of roundabouts. Just because the British built them in a certain way a hundred years ago doesn’t mean we have to keep them

•Move tuk tuk parks away from junctions. This needs politicians with courage

•Separate bus stops from the road with a curb – low cost, rapid execution

•Issue orders that only convoys of the President, Prime Minister, Speaker, Chief Justice, and Commanders of Armed Forces should be allowed

•Think three-dimensional. Build short, low-cost, single-lane or double-lane flyovers at critical junctions. But don’t bankrupt the country doing it. Simple flyovers really don’t cost much, once you cut out the corruption

•Plant many more new trees and get rid of trees that block traffic. But don’t go chopping down any 200-year-old trees

•Go back to the drawing board where schools are concerned and figure out how parents can be provided sufficient parking to pick up kids from Royal College, Ladies College, St. Joseph’s College, Ananda College, and all of the big schools in Colombo. These cause daily blocks in the morning and afternoon 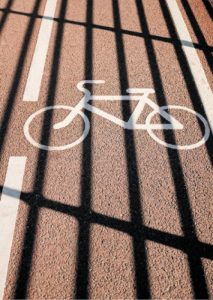 Due to a variety of factors such as a rise in the purchasing power of the middle-income socioeconomic groups, greater credit availability, relative price reductions, and an increase in production of the vehicles used, the last few decades saw a significant increase in the number of motor vehicles in developing countries. The growing availability of cars has facilitated greater personal mobility, which has, in combination with population growth in urban areas, contributed to a rise in congestion, and the reduction in the number of people per household.

Congestion interferes with the economic efficiency of a city, as it adds extra costs that increase the expense and harm the growth of all activities. Cities have to be competitive both nationally and internationally in a globalised world like today, with customers increasingly demanding, and there are numerous choices offering advantages to investors. In order to do this, the different kinds of costs, such as transport-related costs of time of travel, energy usage, the amount of air pollution, and the number of accidents, must be taken into account and minimised.

The most obvious effect of congestion is an increase in travel time, particularly during peak periods, which is well above those in smaller towns. The slow circulation rate often exasperates drivers and creates violent behaviour.

Since multiple choices are made around the world, a city with serious congestion problems will drive investors away, although other significant conditions may be favourable. While traffic congestion might not be the only cause, it may still play a major role in the exodus from traditional city centres for better performance conditions.

Congestion can make the lifestyle of a city unsustainable in the medium and long term. The synergy that can result from the concentration of cities’ services and opportunities can be cancelled by excessive travel times, fuel consumption, and pollution. More and more people will want to flee from this lifestyle and travel elsewhere in a situation marked by growing difficulties and dangers to public health. In short, pollution and its consequences slowly challenge cities’ sustainability.

Whilst billions of rupees will strengthen our urban transport infrastructure and bring it to international standards, if road and travel actions continue to deteriorate, the benefits of such investments will be greatly diminished.

Traffic control systems (TCMs) can be very effective in optimising road efficiency by adjusting the timing of road lights in real time to meet the demands. If the lights are all synchronised to meet demand, “blocking back” (vehicles kept in interconnections) will mitigate the effects of the grid blocking. Traffic planners also can create and design plans for different situations (e.g. an arterial incident) that are then automatically loaded into the TCM.

The use of CCTV at road intersections enables traffic managers to detect crashes, impacts, and other congestion causes. This will ensure traffic managers receive advancing alerts of issues that affect their network, combined with excellent contact networks with traffic police, and major road users (including airports, trains, retail parks). Furthermore, each mounted CCTV camera must meet the minimum specifications to facilitate compliance. Illegal stationing of vehicles and waiting obstructs the flow of traffic and limits the capacity of intersections. Unlawful interconnections where a yellow box occurs can lead to grid blockages across a wide area of the network. Violating speed limits, red light jumps, or restricted area riding can lead to collisions, accidents, and people’s inability to walk or ride, or to encourage children to do so without accompanying them.

The enforcement of traffic laws in Sri Lanka is done in an ad hoc manner that fails to deter errant motorists. The assistance of CCTV is required to regularise enforcement, with traffic fine notices to be sent to the addresses of vehicle owners.

Although public transport is vigorously promoted, car ownership growth will continue as a result of changing ages in our society. The enhancement of comfort and safety levels of bus and rail transport is badly needed.

Whatever happened to the many multi-storey parking garages that were mooted over the last 30 years? These have great profit potential for investors, if the land is made available by the government, provincial government, or local government.

The low cost of implementation of bus lanes depends on drivers’ readiness to comply. Discipline cannot always be imposed on the user. Sometimes a systematic violation of the restrictions results in invalidating the measure. 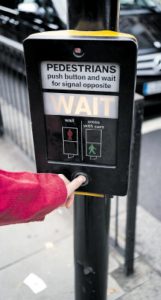 Separated bus lanes are similar to bus-only lanes as they are for the exclusive passage of bulk vehicles, but the difference is that between the lanes and the area allotted to other vehicles there is a physical barrier. This barrier prohibits the entry of other vehicles, which enables buses to run more freely. Divided bus lanes are much more complicated and costly than bus lanes as they require exclusive land. Private transportation in some cases must be substantially limited and major expropriations are necessary in other cases, but the reported net benefits support their introduction and inclusion as a basic criterion for the design of transport networks.

Cycling to work is an interesting option, but has some drawbacks – safety, rain, scorching sun. But other Asian nations have managed it. So should we.

Rail and bus coupled with ample parking at railway and bus stations. What could be simpler? May need a significant amount of land acquisition though.

Sophisticated ICT systems exist in other countries, that can be designed by our own young ICT professionals. Use them.

Our roads are too often blocked by heavy vehicles loading and unloading, from cement mixers to containers. The roads around the Port of Colombo are particularly troublesome. We need to take a look at best practices in cities such as Singapore, where industrial traffic is routed on different roads and at different times to ensure that rush hour traffic is not disrupted.

See our last week’s column on optimising usage of the existing rail network, with Greater Colombo already having 92 railway stations. Improve the tracks; expand the stations; and put better, faster, and larger trains on the track.

A contentious political issue right now, but it should be explored for areas of Greater Colombo that aren’t covered by the existing rail network.

An interesting project is being carried out to connect the Colombo Port City/Fort area with the expressway network, connecting at the Kelani Bridge. It remains to be seen how much of the existing traffic will use this. Much depends on whether it will be toll free or have a high toll that pushes it out of the reach of motorists.

The problem of congestion is too severe and far-reaching to assume that unilateral, unpredictable, knee-jerk, or voluntary steps will mitigate it.

In the end, traffic management isn’t rocket science. It’s something that many megacities handle quite efficiently, while many others don’t. Simply implement the best practices of the successful megacities and the traffic will flow.

(The writers are Managing Partners of Cogitaro.com, a consultancy that finds practical solutions for challenges facing society and different industries. Dr. Dias is a digital architect and educationist based in Kuala Lumpur. He holds a BSc in Computing from the University of Greenwich, a Master’s in Computer Software Engineering from Staffordshire University, and a PhD from the University of Malaya. He is completing a second doctorate in Business Administration from Universiti Utara Malaysia [ruwan@cogitaro.com]. Eliatamby is a lecturer in marketing, human resources, and mass communications based in Colombo. He is an author and was formerly associate editor of a newspaper and editor of various industry magazines. He holds an MBA from London Metropolitan University and an LLM from Cardiff Metropolitan University [niresh@cogitaro.com])