Flaw in gazette on MRP for coconuts: NPP

September 30, 2020 by Skandha Gunasekara No Comments 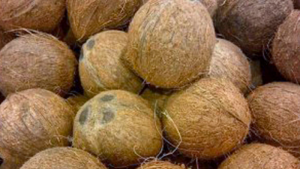 A flaw in the gazette notification on the Maximum Retail Price (MRP) for coconuts could make it unenforceable before a court of law, The Morning learnt.

National People’s Power (NPP) member Counsel Sunil Watagala said that inches are not recognised as a form of measurement in Sri Lanka.

“Sri Lanka recognises the metric system and so inches is not legally a valid form of measurement. This could result in the gazette notification unable to be enforced and thus, any wrongdoers could forgo a penalty,” he explained.

The gazette notification issued on the MRP of coconuts has specified coconut sizes by measurement in inches.

Recently, Janatha Vimukthi Peramuna (JVP) Leader MP Anura Kumara Dissanayake told the media that authorities would not be able to penalise those who failed to follow the new MRP due to the alleged error in the gazette.

As per the gazette notification, the highest MRP for a coconut is Rs. 70 for fruits that have a circumference of over 13 inches.

Several attempts by The Morning to reach the CAA for their views failed.

January 8, 2021 byRusiru Keppetipola No Comments
With the aim of ensuring the peaceful distribution of vaccines and avoiding “Dhammika Paniya”-style crowds, the Ministry of Health will carry out an islandwide public awareness campaign on the importa

NTUC to lodge complaint with HRCSL on forced pay cuts

May 17, 2020 byTSM Web Desk No Comments
The National Trade Union Centre (NTUC) will be lodging a complain at the Human Rights Commission against the government's decision to cut salaries of the public servants.