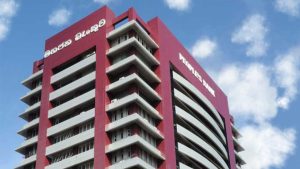 People’s Bank has obtained an enjoining order on 23 October from the Commercial High Courts of Colombo preventing MTD Walkers (KAPI) from being taken over by casino operator Ravi Wijeratne.

The Colombo Stock Exchange (CSE) listed construction firm announced in a stock exchange disclosure today (30) that the order enjoined the company, or its holding company MTD Capital Bhd, from going through with the transaction or any similar transaction without approval by People’s Bank until all outstanding dues to the Bank are settled.

The company announced earlier this month that Commercial Bank of Ceylon PLC obtained a similar enjoining order on 26 September from the Commercial High Courts preventing the takeover.

On September 9 MTD Walkers in a stock exchange filing said that Ravi Wijeratne had agreed to purchase a controlling stake of 90.78% of the company from its Malaysian parent MTD Capital Bhd. Wijeratne had  agreed to purchase 152,183,583 shares held by the the company’s parent through a voluntary offer to be made to all the shareholders of the company. He is the owner of Rank Holdings, which operates the popular Star Dust and Casino Marina casinos in Colombo and is also engaged in hydro and wind power generation, infrastructure and real estate development.

MTD Walkers owes these two banks large debts, as it has suffered heavily due to non-payment or delayed payment by the Government for state infrastructure projects carried out by the company.

However, this too was blocked as several State and private banks, to which MTD Walkers owed billions of rupees, obtained Enjoining Orders against this transfer.

July 20, 2021 byNews Admin No Comments
A no-confidence motion (NCM) against Minister of Energy Udaya Gammanpila was presented at Parliament yesterday (19) by the Opposition.

January 27, 2022 byNews Admin No Comments
Amidst the turbulent circumstances due to the prevailing pandemic, the fisheries sector of Sri Lanka has been able to earn $ 318 million during 2021, which is the highest export value from the sector