Food backed by decades of flavour

September 15, 2021 by Venessa Anthony No Comments

The Great Wall Restaurant dates back to 1991, and now 30 years down the line, they have four branches spread evenly in Colombo and its suburbs. Each of their branches has its own identity with flexible menus and different features. From the very beginning, what fuelled them is the belief that their food should taste good every time they serve them. Great Wall Restaurant is known for consistently providing customers with the best-quality food for the best possible price. 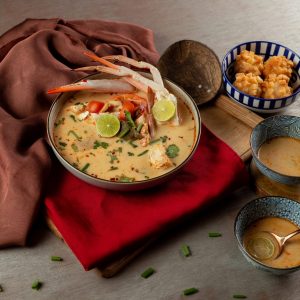 The restaurant launched several new promotions to celebrate its 30th anniversary this month. As a special promotion during the 30th anniversary of Great Wall Restaurant, they have launched 30 new dishes, a few of them being their existing dishes that were re-launched in a different way. They are also currently planning to extend their delivery boundaries within 30 key locations. Along with all the deliveries (direct deliveries, PickMe Food, and Uber Eats), the restaurant is distributing a coupon sheet which consists of 30 coupons that will be valid for three months.

As another special promotion in line with their 30th anniversary, they have made  arrangements to offer a 30% discount on all orders. On top of that, three “golden tickets” will be sent out randomly every week, which gives customers a discount code to be availed within the next month.

At Great Wall, they demand fanatically high standards from their food suppliers. Their partners deliver fresh ingredients to the restaurants every morning and they also have a special team to monitor the quality and freshness of ingredients on a daily basis. Not only that, they often travel very early in the morning to the shore to find the best and fresh seafood. We were also informed that the restaurant never keeps food overnight to sell the following day, even if they are unused; they dispose of them ethically the same day. 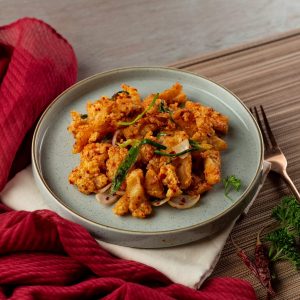 Whilst maintaining the quality and freshness that is the hallmark of their food, they strive to keep being innovative, thinking outside the box, and providing tastes that are punchy, unique, and backed by centuries of flavour. Each of the dishes has a story behind it; at Great Wall Restaurant, their mission is to provide you with an unrivalled fine dining experience.

We even had the opportunity to sample some of their revamped food options. We opted to try the tom yum soup, hot butter cuttlefish, honey-glazed pork ribs, and prawn fried rice.

The tom yum soup is entirely worth its price; not only is the portion enough for two people, it comes with a generous amount of meat including crabs, prawns, fish, and squid and a whole bunch of vegetables. Tom yum soup is the most popular soup in Thailand for a reason, and Great Wall Restaurant indeed does it justice. The broth was bold yet light, tart, salty, and citrusy, bursting with layer upon layer of tantalising flavour from the lemongrass, garlic, galangal, kaffir lime leaves, lime juice, and fish sauce, along with tender juicy shrimp and mushrooms. It’s a great appetizer as well, guaranteed to leave you craving for more. 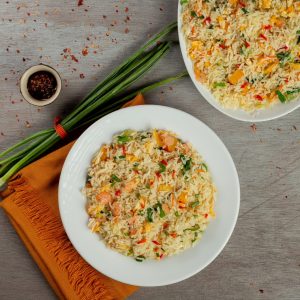 Moving on to the prawn fried rice, again, we must commend their portion size and the huge amount of shrimp. The flavour was spot on as well; we would say it was a very well made Chinese fried rice. Unfortunately, the same does not go for the portion sizes of the honey-glazed pork ribs and the hot butter cuttlefish, but they made up for it in taste. The cuttlefish wasn’t rubbery; on the contrary, it was soft and the crunch from the batter gave it a great texture. It was spiced well too – not too mild, not too hot, and prepared in such a way where anyone could indulge in it. We can understand why it is one of their more famous and fast-moving items.

Lastly, the honey-glazed pork ribs were a bit of a hit or miss; we could tell it hadn’t been well marinated. This dish would work well for someone that likes their pork sweet. Unfortunately, we were disappointed by the lack of flavour. Not to say that it simply wasn’t spicy; it lacked any significant taste other than sweet tones. However, the meat was not too tough, granted it didn’t slide off the bone like a good pork rib should, but we didn’t struggle much with getting it off. Having tried some of their other pork dishes previously, we would recommend you opt for a curry or sauce-centric dish to accompany your rice.

Sri Lanka through the looking glass

December 12, 2021 byNews Admin No Comments
Clothing is an important part of who we are. It is one of our most basic needs, and reflects the deep-seated values of our culture and identity. Clothing goes well beyond its basic function, impacting

Celebrating youth with Down syndrome: The Down Syndrome Virtual Day

March 19, 2021 byNews Admin No Comments
On 22 March, the Merrill J. Fernando (MJF) Charitable Foundation, in collaboration with Dilmah Tea, will be hosting the online virtual event titled “The Down Syndrome Virtual Day” at 4.30 p.m. via Fac