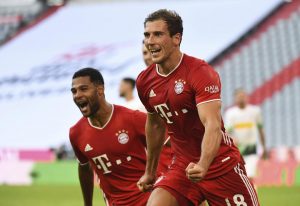 Julian Nagelsmann is “confident” Leon Goretzka will extend his contract at Bayern Munich amid rumours linking him with a transfer to Manchester United. He has one more test in his current deal at the Allianz Arena. Bayern is expected to cash in on the midfielder this summer to avoid losing him for nothing in 2022.

Man United has been trying to snatch the 26-year-old and are reportedly ready to submit a formal offer, but Nagelsmann is optimistic he will choose to remain with the German champions.

Goretzka returned to action for Bayern following his exploits for Germany at Euro 2020 as they suffered a 3-0 “friendly” defeat to Napoli on Saturday (31 July). Nagelsmann said after the clash, “I’m not involved enough that I have a say every day. I stay out of these issues. Of course, I have talked to him about my plans for him. I’ve told him I’d be happy if he extended and I’m also confident. There are several topics involved when it comes to discussing a contract extension. I’ll continue to focus on the sports side of things and show him he can be one of the most dangerous midfielders in Europe. He has potential to get even better.”

* Traore linked for a move to Leeds 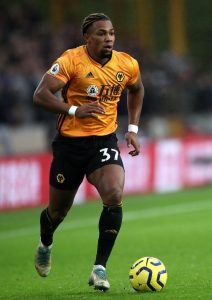 According to Goal website, Leeds United are considering a move for Spaniard Wolves star Adama Traore. Contract talks between the Spain winger and his club have stalled, attracting the attention of their Premier League rivals. Wolves were keen to fend off transfer speculation over their star, with Liverpool and Barcelona mentioned as possible destinations. Despite early progress, however, negotiations have now reached an impasse, raising the possibility that he could move on. Traore nevertheless remains under contract until 2023, meaning that Wolves are under no obligation to sell one of their prized assets. Leeds would have to pay up to £ 30 million (Rs. 8.3 b) to convince the club to sell this summer while they may face competition from Liverpool, who have also been linked to the player in July. 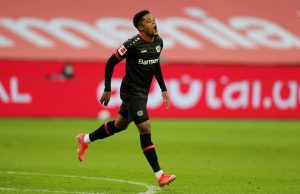 Aston Villa are set to sign exciting winger Leon Bailey from Bayer Leverkusen after reaching a reported £ 30 million agreement over a transfer with the German side. A move to the Premier League has been mooted for some time for the 23-year-old, who has spent the last four-and-a-half years in the Bundesliga. That move now appears to be on the verge of being completed, with only a medical needed before the deal is made official. A statement on Villa’s official website stated, “Aston Villa and Bayer Leverkusen have reached an agreement for the transfer of Leon Bailey subject to the player completing a medical and finalising personal terms.”

Bailey also spoke of wanting to take on a new challenge. “100%, I’m totally ready for the next step. I’ve been working hard to be able to reach where I am today. I feel like I’m at an age and point in my life where I feel like I’m ready for the next step. Hopefully we can make that happen. For me, just playing at the top, the highest level. I feel like I need a new challenge so anywhere where it’s a good opportunity for me to really showcase myself and work hard.”

* Rashford to miss out till October 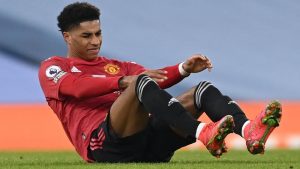 Man United will be without forward Marcus Rashford for three months after it was confirmed that the England international will receive surgery on an ongoing shoulder problem. The 23-year-old has been managing the muscle injury since November 2020, carrying in through United’s Premier League season and into the summer’s European Championship with England. But United have confirmed that surgery cannot be avoided: “Following consultation between Marcus, the Manager, club medical staff and specialists, Marcus will undergo surgery imminently to resolve his shoulder injury. He will now focus on his rehabilitation in order to return as soon as possible.”

The news means that Rashford is unlikely to appear until late October. United will have played eight league fixtures by that time. The England forward could target a return for a hat-trick of tricky autumn fixtures, starting with Liverpool at Old Trafford on 23 October and followed by matches against Tottenham Hotspur and Manchester City.