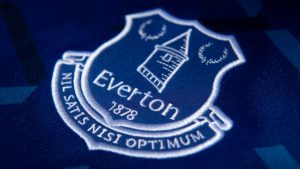 The English Premier League club, Everton have suspended a member of their first-team squad pending a police investigation over sexual abuse. No details have been revealed regarding the player in question or the charges involved. However, the Premier League club is assisting the authorities with their inquiries. A statement on the club’s official website reads: “Everton can confirm it has suspended a first-team player pending a police investigation. The club will continue to support the authorities with their inquiries and will not be making any further statement at this time.”

The Toffees, with their new boss Rafael Benitez now at the helm, are in the process of completing their pre-season programme. They are due to face Colombian side Millonarios in the Florida Cup on Sunday (25). Their 2021-22 Premier League campaign kicks off at home to Southampton on 14 August. 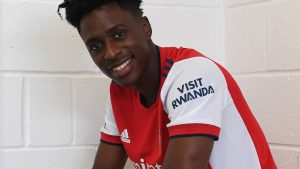 Arsenal have completed the signing of Albert Lokonga from Anderlecht for £ 18 million (Rs. 4.8 billion). The Gunners have seen off reported competition from clubs in Italy to land the 21-year-old, who has committed to a long-term contract at Emirates Stadium, believed to be on a five-year deal. Lokonga will join up with his new Arsenal team-mates ahead of their pre-season trip to Florida latest this week with a view to forcing his way into Mikel Arteta’s starting XI. He will wear No. 23 with the name ‘Sambi’ on the back.

Lokonga will give Arteta a much-needed extra option in the middle of the park following Matteo Gunedouzi’s move to Marseille and Dani Ceballos’ return to Real Madrid, with Granit Xhaka also close to an exit as Roma reportedly put the finishing touches to a deal for the Swiss international. 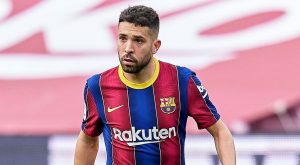 Barcelona are reportedly set to start talks this week with several key first-team senior players over reducing their wages. The Spanish giants are working to slash their wage costs as they look to fit in with La Liga’s reduced salary cap for the 2021/22 season. Lionel Messi has agreed to a 50% reduction to his wages and looks set to sign a new five-year deal after becoming a free agent at the start of the month.

According to reports in the Spanish media, Barcelona Sporting Director Mateu Alemany will now attempt to agree reduced salaries for other first-team players. It is reported that Alemany has made contact with the agents of Gerard Pique, Sergio Busquets, Sergi Roberto, and Jordi Alba to express the need to take significant pay cuts. The exact wage reduction has not been specified yet, although a 40% pay cut has been reported.

Negotiations with the players’ agents have not yet taken place as club President Joan Laporta has been waiting for Messi’s situation to be resolved before asking for other players to follow suit. Barcelona are unable to register any new players –including Messi– unless they make wage cuts.