Football News from the World 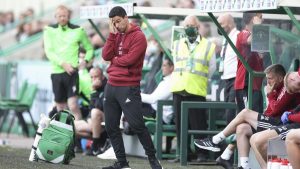 Mikel Arteta’s side fell to a 2-1 defeat on Tuesday (13) night as they kicked off their pre-season campaign with a game against Hibernian at Easter Road. And it was a familiar story for the Gunners, who dominated for the majority of the game but were made to pay for some clangers at the back and a host of missed opportunities up front. Ultimately, the defeat will matter little to Arteta and he will take positives from some of his side’s attacking displays, especially in the second half when Alexandre Lacazette, Nicolas Pepe and Emile Smith Rowe were introduced. But Arsenal’s manager will be keen to build some momentum during pre-season and he will know his side must be more ruthless in front of goal if they want to win matches during the coming weeks.

They had a host of chances, with Eddie Nketiah missing a sitter in the first half and Reiss Nelson also failing to hit the target. Pepe and Thomas Partey both hit the woodwork in the second half, while Pepe also had a penalty saved by Hibs keeper Kevin Dabrowski. It was a frustrating evening in the final third for the visitors and at the other end they gifted their hosts a goal in either half. 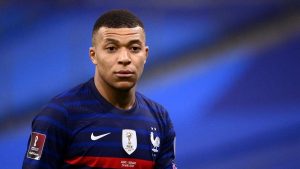 UEFA have charged England on four different offences relating to fan misbehaviour following Sunday’s Euro 2020 final defeat to Italy. The Three Lions missed out on the trophy on penalties following a 1-1 draw over 120 minutes. But the showpiece was marred by a string of clashes in and around Wembley on the day of the match involving supporters, which have led to rapid action from the governing body.

In a statement published on Tuesday, UEFA stated, “Disciplinary proceedings have been opened following the UEFA EURO 2020 final match between the national teams of Italy and England (1-1, Italy won 3-2 on penalties), played on 11 July at Wembley Stadium, London,” they further explained the charges as follows: 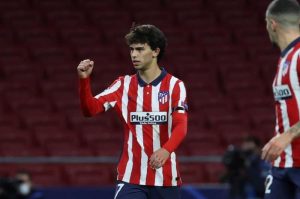 According football website, Goal, Real Madrid’s plan for the summer transfer window will focus on trying to get bodies out, with any funds freed up by ‘Operation Exit’ allowing for long-standing interest in Paris Saint-Germain star Kylian Mbappe to be stepped up as the next deadline approaches.

The Blancos have not invested a fee in anyone since signing Reinier in January 2020 – with David Alaba coming in on a free transfer. The La Liga giants intend to stick with that plan in 2021 and, with long-serving captain Sergio Ramos already departed at the end of his contract, the hope is that a squad which currently includes 29 players to be trimmed considerably over the coming weeks.

While moving players on remains the top priority for Real, is Kylian Mbappe and hoping an opportunity to make another move on him may soon present itself. Mbappe is yet to sign a new contract at PSG and his current deal set to expire in 2022. Real have been putting the groundwork in place for an agreement to be reached with the 22-year-old forward for several years and do not expect any obstacles to hinder their cause if a transfer door is opened. PSG are not expected to part with Mbappe any time soon, even if he makes it clear that no extension will be signed, and a long-running saga could drag on throughout the summer.

Barcelona have attempted to table an ambitious swap deal with Atletico Madrid which would see Antoine Griezmann return to his former club in exchange for the wonderkid Joao Felix. However, according to Marca, the La Liga champions “refused to discuss” a deal that included Felix, who joined for a club-record fee of £ 113 million (Rs. 31.2 billion) back in 2019. Barca is in desperate need to reduce their wage bill this summer in order to re-sign Lionel Messi and Griezmann is likely to be sacrificed by the Blaugrana. Diego Simeone “would welcome Griezmann with open arms”, but not in a swap involving Felix. It is understood that Saul Niguez could potentially be involved in a swap deal with Barcelona.

BAN TO BE LIFTED on Gunathilaka, Mendis, Dickwella