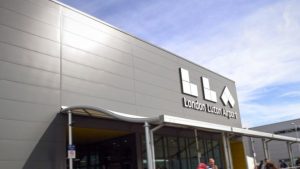 The Foreign Ministry today said information had not yet been received on alleged Sri Lankan terror suspects arrested at the London Luton Airport last weekend.

The Ministry said it was waiting on its foreign counterparts to provide necessary information related to the arrest.

Police Media Spokesman Ruwan Gunasekara speaking to the Sunday Morning said the Police had not received any information with regard to the alleged members of a banned organisation in Sri Lanka.

The BBC yesterday reported that Counter terror police have arrested four people on suspicion of being members of a banned organisation in Sri Lanka.

The Sri Lankan nationals were arrested after arriving at Luton Airport on Saturday and Sunday.

The Metropolitan Police said the group were stopped under the Terrorism Act 2000 and arrested under the Police and Criminal Evidence Act 1984.

The investigation is being led by the Met’s Counter Terrorism Command.

A 35-year-old woman has been bailed to a date in early November, pending further inquiries.

Membership of a proscribed organisation is contrary to section 11 of the Terrorism Act 2000.

June 10, 2021 byNews Admin No Comments
On 20 May this year, we saw the emergence of one of the most horrifying incidents to have been caught on CCTV camera in the last few months: A man was seen lying motionless on the road after which a b

June 28, 2021 byNews Admin No Comments
United Nations (UN) Secretary General’s Envoy on Youth Jayathma Wickramanayaka, during her first visit to her country of birth, Sri Lanka, as the Envoy on Youth, said that young people around the worl