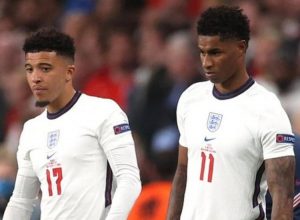 The UK Prime Minister Boris Johnson and the Football Association (FA) have condemned racist abuse aimed at England’s Jadon Sancho, Marcus Rashford, and Bukayo Saka after the Euro 2020 final defeat by Italy. All three players missed penalties in the 3-2 shootout loss and were targeted on social media after the game. The Metropolitan Police is investigating the abuse and said “it will not be tolerated”. Johnson called the abuse “appalling”. “This England team deserve to be lauded as heroes, not racially abused on social media,” he said. “Those responsible for this appalling abuse should be ashamed of themselves.” Quite right! 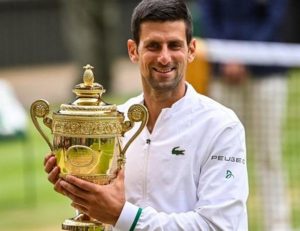 Novak Djokovic’’s bid for a ‘Golden Slam’, or winning all four Grand Slams of the same year plus an Olympic gold, is in doubt after the Wimbledon champion said on Sunday (11) that he was “50-50” about whether to go to the Tokyo Olympics. The world No. 1 beat Matteo Berrettini 6-7 (4-7), 6-4, 6-4, 6-3 on Sunday to retain his Wimbledon crown and win a third Grand Slam of the year. If he was to win Olympic gold and then the US Open title, he would become the first man to complete the rare feat. “I’ll have to think about it,” the Serb said about his Olympic plans. Germany’s women’s tennis star Steffi Graf is the only one to ever complete the achievement, which was in 1988. Djokovic had always planned to go to Tokyo but he is in doubt to do so after it was announced last week that fans would not be allowed to attend the Olympics because of a spike in coronavirus infections in Tokyo. “That was really disappointing to hear. I also hear that there’s going to be a lot of restrictions within the (athletes’) village. Possibly you would not be able to see other athletes perform live.” 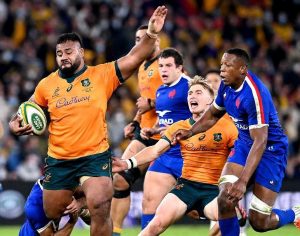 The Wallabies was set to host France on their second test of the tour on Tuesday (13) in Melbourne. The dynamic prop Taniela Tupou has been promoted to start for the Wallabies as they aim to wrap up the series with a win. Tupou had a massive impact off the bench in the last game, dominating the scrum and forcing France into critical blunders with his late hustle. The 25-year-old replaces Allan Alaalatoa in the only change to Coach Dave Rennie’s match-day 23.

The French led during more pasty of the game but the win was snatched from their grasp in the final minute after they failed to clear their line. For the second test, prop forward Wilfrid Hounkpatin and Stade Francais lock Pierre-Henri Azagoh both come into the side to win their first caps. They are joined by back rowers Cameron Woki and Ibrahim Diallo while lock forward Cyril Cazeaux also coming into the side.

The match will kickoff at AAMI Park, Melbourne, at 3.30 p.m. Sri Lanka time and will be shown live on RugbyPass TV. In the photo is Taniela Tupou who will start for the Wallabies in the second test against France 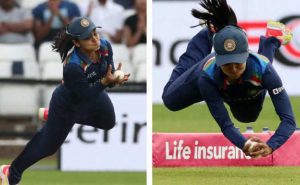 The multi-format cricket series between England and India women started 26 days ago, but we still don’t know who is going to win it, after the tourists set up a decider with a thrilling eight-run victory in the second WT20I in Hove on Sunday (11). India got off to a blistering start, with Shafali Verma and Smriti Mandhana sharing 70 for the first wicket, before some brilliant England bowling restricted them to 148/4. England were cruising at 106/2 in reply but, in a spell of just 19 balls, they slipped to 125/6. That, combined with some excellent India bowling and fielding, left them with too much to do as they finished 140/8. In the photo is India’s Harleen Deol taking an epic catch in the first T20I. 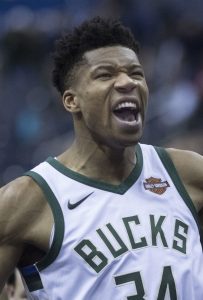 Giannis Antetokounmpo played down comparisons to Michael Jordan after making history in helping the Milwaukee Bucks to a crucial win over the Phoenix Suns in the NBA Finals. The Bucks star became only the sixth player in NBA Finals history to score 40 points in consecutive games as his team won game three of the series. Antetokounmpo notched 41 points in a 120-100 home success, leaving the Bucks 2-1 down in the best-of-seven series.

April 16, 2021 byRevatha No Comments
On Kehel who dominated SL fast bowling in the late 1960s