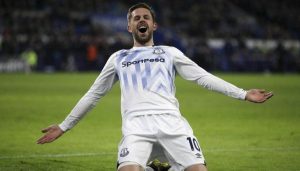 Everton football star Gylfi Sigurdsson was on Tuesday (20) arrested on suspicion of child sex offences. The 31-year-old has been detained by Greater Manchester Police in England. The Icelander has since been bailed pending further inquiries, it was reported. 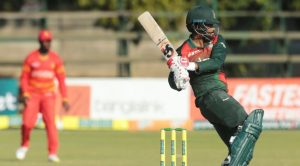 Bangladesh chased down 298 to win their third ODI against Zimbabwe in Harare on Tuesday (20), winning the match by five wickets and the series 3-0. The first of the three-match T20I series between the two countries will begin today (22). The next two games will be on Friday (23) and Sunday (25), all in Harare.

England took on Pakistan in their third T20I at Manchester on Tuesday. After whitewashing Pakistan 3-0 in the ODIs, England had levelled the T20I series on Sunday (18) at Leeds. England successfully chased down 155 in 19.4 to win the third T20I on Tuesday by three wickets to clinch the series.

West Indies, after their successful 4-1 drubbing of the Aussies in the T20Is, began the three-match ODI series in Barbados under lights on Tuesday. Australia won the match by 133 runs under the D/L Method. Windies, set a target of 257 in 49 overs, were bundled out for 123 runs in 26.2 overs. Their next two ODIs are set to be held on Friday (23) and Sunday (25) at the same venue.

South Africa beat Ireland by 33 runs in their first T20I of a three-match series in Dublin on Monday (19). After scoring 165/7 in their 20 overs, Proteas restricted Irishmen to 132/9. Tabraize Shamsi was adjudged the Player of the Match for his 4/27 in four overs for South Africa. The second and third T20Is will be on Thursday (22) and Saturday (24) in Belfast. The three-match ODI series between the two nations ended 1-1 after the first game was washed off.

India were 311 all out on the second day Wednesday yesterday (22) in their three-day tour match against County Select XI at Chester-le-Street. Lokesh Rahul retired out after making 101 in 150 balls. Rohit Sharma captains the Indians. Warwickshire Captain Will Rhodes is the County Select XI Skipper. The home team were 22o all out. India’s five-match Test series against England begins on 4 August in Nottingham. 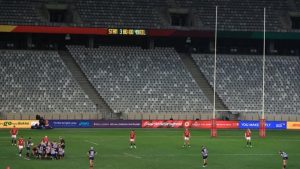 All three rugby Tests between South Africa and the British and Irish Lions will now be staged in Cape Town because of the Covid-19 pandemic. The series was heading to Johannesburg for the second and third Tests after starting in Cape Town on Saturday (24). However, the decision to remain in Cape Town was made following “extensive consultation” with medical experts, said BBC. Jurie Roux, chief executive of SA Rugby, has said the data “pointed in only one direction”. “The series has already been significantly disrupted by Covid-19,” added Roux. “We now have two teams in bio-secure environments without any positive cases or anyone in isolation. To now return to the Highveld would expose the series to renewed risk.” 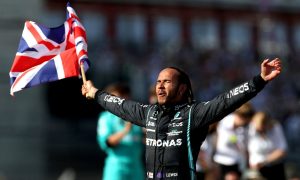 The British Grand Prix over last weekend was a seismic moment in the 2021 Formula 1 title battle, featuring an incident that will become a defining part of the sport’s history, Andrew Benson, Chief F1 writer of BBC said. The two championship contenders collided, resulting in a high-speed crash for one of them and a brilliant if controversial victory by the other, and rancour and recriminations afterwards. Max Verstappen called Lewis Hamilton “disrespectful” for celebrating while his combatant was in hospital. Hamilton, while expressing his concern for Verstappen, said he had nothing to apologise for and heavily implied that the Dutchman needs to learn not to be so aggressive. And Verstappen’s team boss Christian Horner accused Hamilton of a “desperate move” and “an amateur mistake”. The fallout from all this will be felt for a long time, Benson further wrote.

January 16, 2021 byRevatha No Comments
England tour not to get affected anyway