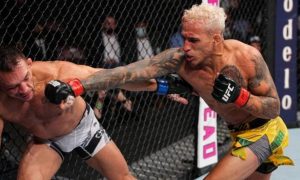 Charles Oliveira claimed the undisputed Ultimate Fighting Championship (UFC) lightweight title with a thrilling second-round “TKO” of three-time Bellator champion Michael Chandler yesterday (16). Brazilian Oliveira extended his winning streak to nine on a dramatic night in Houston, Texas. The bout formed the main event of UFC 262 at the Toyota Center, where the capacity crowd of 16,000 fans saw Oliveira, 31, produce a thrilling come-from-behind performance to capture the title vacated this year by the retiring Khabib Nurmagomedov. Before the bout got under way, there was a moment of respect between the pair as Oliveira approached Chandler’s corner and embraced his rival before greeting each of Chandler’s cornermen, media added reporting the encounter. 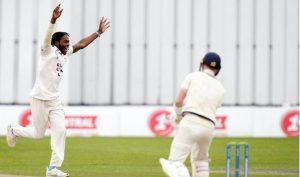 England fast bowler Jofra Archer has an injury concern for the two Tests against New Zealand next month after a recurrence of his elbow problem. Archer was unable to bowl on Saturday (15) during Sussex’s County Championship match with Kent and was not to bowl also on the final day of the match yesterday. The 26-year-old pulled out of the now postponed Indian Premier League (IPL) to focus on his recovery. He also had surgery on a hand injury sustained while cleaning a fish tank. The first Test against New Zealand starts on 2 June at Lord’s. 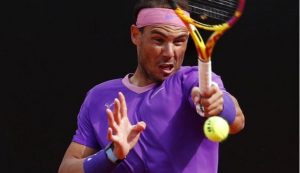 Rafael Nadal secured his place in the Italian Open final with a 6-4, 6-4 win over American Reilly Opelka on Saturday (15). At 2-1 down in the first set, Nadal had to save four break points, but he then broke his big-hitting rival in the next game before going on to claim the set. One break of serve was also enough for the 34-year-old Spaniard in the second set as he secured victory. Nadal was to play world number-one Novak Djokovic in the Rome finale at 8.30 p.m. Sri Lanka time last night. “Djoker” beat Italian Lorenzo Sonego 6-3, 6-7 (5-7), 6-2 in his semi-final. Djokovic was on court twice on Saturday as he came from a set down to beat Greece’s Stefanos Tsitsipas in their rain-affected quarter-final before playing Sonego after Nadal’s match. Against Tsitsipas, the Serb trailed 6-4, 2-1 when the match was suspended because of rain on Friday, but he broke serve twice when it resumed on Saturday to force a decider.