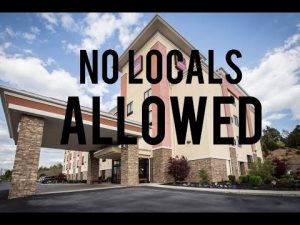 Sri Lanka Tourism Development Authority (SLDA) cautions the licensed establishments which adopt discriminatory practices against local tourists with ‘foreigners only’ policy with stern actions, including suspension or cancellation of licenses.

SLTDA will take action to suspend or cancel licences of such establishments and if found to be guilty will take steps to issue fresh licenses in such areas to establishments that will serve Sri Lankans as well as foreign guests, said SLTDA Chairperson Kimarli Fernando.

“Several complaints have been made by domestic tourists stating that they are not allowed to enter certain restaurants and hotels in the areas of Hikkaduwa and Arugambay, where these establishments seem to have a ‘foreigners only’ policy,”

“Our Constitution affords equal right to all citizens; where no person shall, on the grounds of race, religion, language, caste, sex or anyone such grounds, be subjected to any disability, liability, restriction or condition concerning access to shops, public restaurants, hotels, places of public entertainment and places of worship,” she added.

During off-seasons and in any difficult period like the Easter Sunday Attacks it’s the local tourists who support the tourism industry to function therefore SLTDA cautions licensed establishments to avoid such discriminatory practices, the SLTDA noted.

September 20, 2018 byCharindra No Comments
The Central Bank of Sri Lanka (CBSL) has directed licenced commercial banks (LCBs) to impose a 100% margin deposit requirement against letters of credit (LCs) for the importation of motor vehicles.

October 25, 2020 byCharindra No Comments
The 20th Amendment has been pushed through with the same haste as its predecessor, with little consideration of public opinion.