Forging your own path

Part of being an entrepreneur is being a visionary – having a vision in your head and doing whatever it takes to help you get there. This week on Brunch, we chatted with CA (Cabbage Apps) Co-founder and Chief Executive Officer (CEO) Dulitha Wijewantha, a visionary entrepreneur who has worked in the field of Sri Lankan tech in some capacity since the tender age of 14. His flagship enterprise, CA, in Dulitha’s words, was “basically founded to build cool products”. And since 2017, it has done just that, working with other entrepreneurs and enterprises to help them make the best products possible. 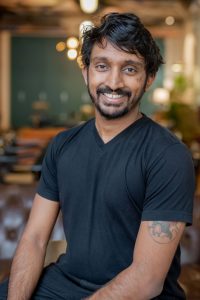 At the age of 14, Dulitha knew he wanted to be working with tech, and at the same time knew that he didn’t want to continue with school. “I was not someone you’d typically call a ‘front-row’ person in class, and I wasn’t book smart,” Dulitha shared, adding that at the same time, he began reading a lot of books to do with self-help and self-development.

One book that had a huge impact on Dulitha was Napoleon Hill’s “Think and Grow Rich”. “It gave me a different perspective on life, especially what people think they need in order to be considered smart, which is a big network or a big idea. I recognised that it was instead about identifying a desire you have, an idea of how to get there, and then manifesting and pursuing it.”

At that stage in his life, Dulitha knew he wanted to get into the tech space. He loved programming and anything related to computers, and was an avid gamer as well, but at that point, he had no clue how to go about getting into the industry, and that became his focus over the next few years; that, and doing well in his Ordinary Levels (O/Ls).

“I knew I had to find the industry and get a deep understanding of it, and the earlier the better,” Dulitha explained, adding: “I decided not to do my Advanced Levels (A/Ls), and instead pursued a BSc in computing, and then went on to get my masters too.” Interestingly, Dulitha found an alternative path that allowed him to begin his BSc even before he’d done his O/Ls – doing a couple of subjects before his O/Ls, he then pressed pause, focused on his O/Ls, and then went back to giving his BSc his full attention.

As a student who was not known for being “front-row material”, Dulitha realised this was a misconception he had formed about himself, and understanding the need to pass his O/Ls, and in true programmer fashion, he “made a bunch of systems that helped me to get results in the subjects I didn’t care about”.

Ironically, Dulitha shared that he ended up doing quite well in the subjects he wasn’t too bothered about, but didn’t do as well in the subjects that were truly his favourite, i.e. French and English literature. Musing on possible reasons for this, he said: “Maybe it has something to do with the fact that tests and schools are all about systems, and you can always beat the system, but when you’re passionate about something, you’re not really looking to beat the system, you’re looking to understand it deeper.”

Completing his studies, Dulitha secured his first full-time position in the industry with DSI’s IT Department as a Java developer, a position which ultimately became his first job and taught him a great deal about building and implementing systems. This was followed by a position at WSO2, where Dulitha learned about digital transformation, mobile device management products, and innovation. 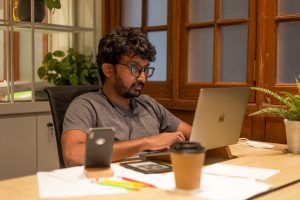 At 14, when Dulitha made the (at the time, rather shocking) decision not to pursue his A/Ls, it was because he knew he wanted to become an innovator. Now, 13 years later, we asked Dulitha what being an innovator meant to him at 14, and how that definition has changed as he’s grown and come into his own within the tech space.

“At that time (when I was 14), what it meant to be an innovator, to me, was mostly building cool stuff, whether it was physical, software, multimedia, whatever. I was always interested in building things,” Dulitha said, adding: “Now, my definition of innovation is building sustainable companies, and by that I mean, companies that have innovation potential and market definition and working towards getting your product to that market. It’s oriented towards building things that people really want.”

Dulitha’s biggest innovation vehicle is his flagship company CA. Originally named Cabbage Apps, CA consists of three major arms – CA Studio, CA Teams, and CA Enterprise – all of which drive innovation in different ways, working across a variety of industries including the IT, legal, HR, banking, tourism, and retail industries. A small team, since 2020, CA has seen exponential growth, growing from a team of 5 to 40-plus within a year. CA works closely with start-ups as well as large enterprises, and their customer-centric approach has helped achieve fundraising goals for start-ups and critical market expansion for enterprises. 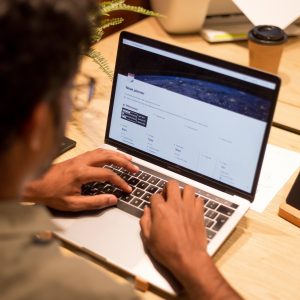 CA Teams is built to help start-ups that want to scale to develop the people and resources (or teams) they need to help their companies reach that next level or bring a defined product to life. “We build a team for them,” Dulitha explained, adding: “We recruit people and train them in product development and the required competencies of that particular start-up, so that these companies can then acquire these teams from us to drive their own vision forward in the future.”

CA’s third arm, CA Enterprise works across various sectors with large enterprises looking to develop digital products, helping them to add in capabilities to their projects through the right resources. CA Enterprise provides these projects with teams that understand their products and users and can create maximum value from a digital product lens and develop according to best practices and industry standards, to effectively manage risk.

Dulitha began Cabbage Apps in 2017, at 23, and reflecting on his journey as an entrepreneur, he shared that he didn’t face any specific challenges because of his age. “There are lots of challenges starting a business,” he explained. “The problems we faced building a company were interesting, like recruitment, finding office spaces, and other things that you don’t really think about. I think if anyone starts a company, these are all problems they would need to face.”

Reflecting on Sri Lanka’s tech start-up ecosystem, Dulitha noted that it has evolved greatly over the last 13 years, especially in terms of knowledge sources and information, with a wealth of knowledge being easily accessible. “Now it’s about an entrepreneur finding the right access and identifying what they need to do.”

This said, there are other forms of innovation, like consumer-oriented innovation where we can definitely compete, citing examples like PickMe and oDoc, mass market-oriented companies that are more easily scalable on a global level. 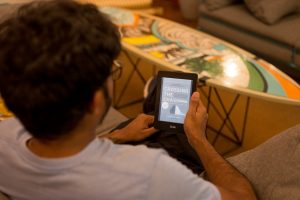 Another important space that Sri Lanka can shine in internationally is the business-to-business (B2B) space. “Globally, most businesses face similar problems,” Dulitha explained. “There are differences across different markets, but the base is quite similar, and there is quite a lot that we can expand into.” A key difficulty that would need to be overcome for Sri Lanka to be able to offer effective B2B solutions is the difficulty Sri Lankan companies have accepting payments from outside the country, adding that many tech companies are moving their companies away from Sri Lanka purely because of these constraints. “It’s a big problem for innovation. If you don’t have stability, it’s difficult to compete on a global scale.”

Dulitha’s tricks of the trade

As someone who began the game young, we asked Dulitha what advice he would give to other young aspiring entrepreneurs.

Dulitha explained that starting your own business takes several things: mastery of a core skill set (in his case, programming) that allows you to know your field and how it works; knowing how to find your market and figure out where your customer’s demand really lies and where the world is going – this, Dulitha stressed, will give you an extreme edge over your competition; being able to inspire those around you and build a strong team, because building a company is a team sport, not a solo sport; and being able to raise capital for the projects you’re building, and this is where things like trust and your track record will come in.

October 22, 2021 byNews Admin No Comments
Yesterday (21) was a miraculous day for Sri Lanka; for the first time ever, a mother gave birth to sextuplets at the Ninewells Hospital in Colombo. The 33-year-old mother Dilini Wasana Dayananda deliv