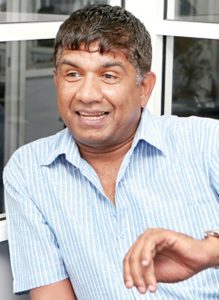 The ploy of the current national cricket selectors to infuse young blood to the Sri Lanka side has come in for praise by former cricketers.

One such former player told the Morning Sports yesterday (7) that it was a timely move by the selectors ahead of three short-format Word Cups coming up in three successive years.

“It is a timely and bold move to give opportunity to the next level who are knocking at the door. For instance, players like Pathum Nissanka and Ashen Bandara were given the opportunity in the West Indies and they accepted that with both hands. Now such players can be a good investment for the future,” said the former player.

The national selection is currently done on an ad-hoc basis by both Pramodya Wickramasinghe and Chaminda Mendis. After the Ashantha de Mel-led selection committee stepped down in January, Sri Lanka has been without an official national cricket selection committee for over two months. Sri Lanka made an all-format tour of the West Indies during that period too.

“During 1999-2000, there was a similar situation. Sri Lanka had been ousted from the first round of the World Cup. Then a committee headed by Sidath Wettimuny took similar measures in giving the next level the opportunity in the national side. Both Arjuna and Aravinda had nurtured a second side behind them by that time for Wettimnuy and all to pick from. 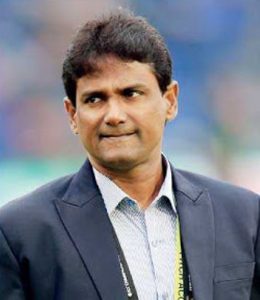 “In the final stages of their (Arjuna and Aravinda) careers, the Wettimuny committee which ran Sri Lanka Cricket then, took steps to give opportunity to a new crop of players such as Mahela, Sangakkara, Dilshan, and Malinga under the leadership of Jayasuriya. It was those youngsters who carried Sri Lanka’s cricket to the next level for the next ten or so years to come,” he explained.

But after those players left, there had been a marked deterioration in the country’s cricket particularly during the last five years.

“It’s time the new faces to come to the big league. Kudos to both Pramodya and Mendis for their attempt to open up the doors for the talented youngsters! They will be the future of Sri Lanka’s cricket. Hopefully their policy and outlook will continue when the new selection committee is officially appointed soon,” he further added.

Sri Lanka will embark on a long and hectic season with their Bangladesh series that starts on 21 April. Sri Lanka are scheduled to play against Ireland, England, India, South Africa (not confirmed), Scotland, and Afghanistan in bilateral series across formats while also playing in the T20 World Cup qualifiers in October this year. There will also be the ODI World Cup scheduled in India in 2023 after the next T20 World Cup, scheduled in Australia next year.

September 22, 2018 byRevatha No Comments
Afghanistan spinners are the best in the world, says Sarfraz Ahmed after their fighting win against Asia's emerging cricketing nation.