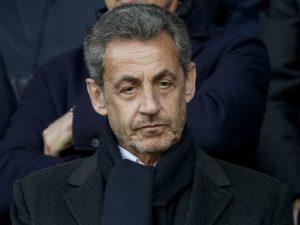 Former French president Nicolas Sarkozy has been sentenced to three years on charges of bribery and influence peddling, a court in Paris rules, dpa news reports.

The sentence includes one year in prison and two years of suspended sentence, according to a report by the press agency AFP and other French media.

He was accused of trying, with the help of his legal adviser in 2014, to learn investigative secrets from Gilbert Azibert, then an advocate general at the Court of Cassation, regarding a separate investigation concerning campaign financing.

In return, the ex-president is said to have offered to support the lawyer in applying for a post in Monaco.

November 9, 2020 byLahiru Pothmulla No Comments
The police areas of Kandana and Mahabage in Gampaha District have been declared as isolated areas until further notice, the National Operations Centre for Prevention of COVID- 19 Outbreak (NOCPCO) sai

August 9, 2019 byTSM Web Desk No Comments
The Parliamentary Select Committee (PSC) has decided to summon the three members of the Presidential Committee appointed to probe the Easter Sunday attacks.