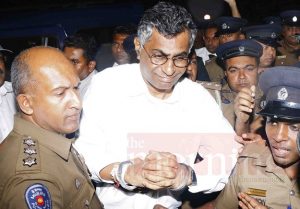 Former Minister Patali Champika Ranawaka has been arrested by the police over a road accident that took place in 2016.

The arrest was made following an order given by the Attorney General to the Senior DIG of Colombo.

September 8, 2021 byRuwani Fonseka No Comments
Archbishop Malcolm Cardinal Ranjith has accused the Prime Minister and the Government of trying to deceive the Pope by taking the investigation into the Easter Attacks to the Vatican.

January 20, 2022 byRuwani Fonseka No Comments
The Extraordinary Gazette notification on extending the retirement age of public sector employees to 65 years has been issued by the Ministry of Public Services, Provincial Councils and Local Governme