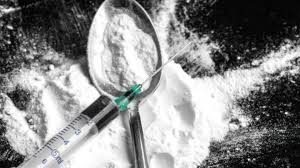 The Fort Magistrate has issued an open warrant to Interpol, seeking their assistance in the arrests of the five main suspects involved in the largest heroin haul in Sri Lanka.

The bust was valued at Rs. 3,533 million and weighed in at 294.4 Kg, it was seized at a car park in Kollupitiya, the two suspects who were arrested mid-operation were further remanded till March 15.

The Police Narcotics Bureau (PNB) requested permission from the Magistrate to seek Interpol assistance in the arrests of these suspects including Sujeewa De Silva alias ‘Kosgoda Sujee’ who currently reside in Dubai.

Over 400 school kids have tested Covid-positive

December 8, 2021 byNews Admin No Comments
Whilst stating that 400 to 500 out of nearly four million schoolchildren in the country have been infected with Covid-19, the Ministry of Health has claimed that no large-scale Covid-19 clusters have

December 20, 2021 byRuwani Fonseka No Comments
The National People's Power (NPP) is ready to take over and build Sri Lanka so that it may emerge from the current detrimental situation, says NPP Leader Anura Kumara Dissanayaka.

He made this statem

Human rights violations will not take place during my tenure: Prez