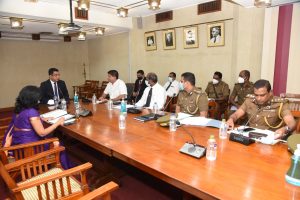 A decision has been taken to establish four more Courts of Appeal to expedite the hearings of prisoners in order to reduce the prison congestion, the Prison Management and Prisoners Rehabilitation Affairs State Ministry said today.

Further, another decision has been taken to reduce the sentence of those on death row and given life imprisonment after 1998, except for those imprisoned for large scale drug smuggling, in accordance with Section 40 of the Prisons Ordinance.

These decisions were taken at a special discussion held at the Ministry of Justice under the patronage of Justice Minister Ali Sabry and Prison Management and Prisoners Rehabilitation Affairs State Minister Lohan Ratwatte.

It was also decided to commute the death penalty of prisoners, except those convicted for large-scale drug trafficking, under a special presidential pardon.

Prisoners are also to be rehabilitated and reintegrated under a special programme by the Department of Corrections instead of detaining them for the possession of small amount of drugs and other minor offenses.

The implementation of the recommendations outlined in the report of the committee appointed to investigate the Mahara Prison incident was approved by the Ministers. 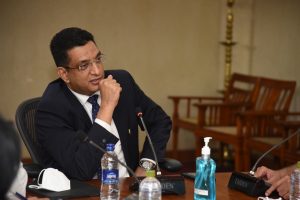 August 8, 2021 byAazam Ameen No Comments
Sri Lanka Navy has stated that a vaccination centre located at the Lighthouse premises on Chaithya Road in Colombo will be operational today (08).

April 5, 2021 byMihi Perera No Comments
Sri Lanka Podujana Peramuna MP Sagara Kariyawasam today (05) stated that the Opposition has no right to blame the current government as it was the previous government which changed the laws to allow c