Four election monitors to fly down to SL

Four election observers are to fly down to Sri Lanka for the forthcoming presidential poll upon the invitation of the Election Commission, the People’s Action for Free and Fair Election (PAFFREL) said. 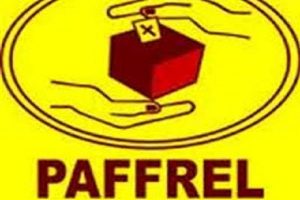 Executive Director of PAFFREL Rohana Hettiarachchi stated that a team from the European Union (EU) and a team from the Commonwealth are among the foreign election monitoring bodies set to observe the presidential polls.

He further noted that the Forum of Election Management Bodies of South Asia (FEMBoSA), which maintains close ties with the Election Commission of Sri Lanka will also visit the country shortly.

According to Hettiarachchi the FEMBoSA and the EU had sent their preliminary teams last month to gather information in regard to the upcoming poll.

Meanwhile, The Asian Network for Free Elections (ANFREL) will be sending a 36 member team to observe the country’s polls . ANFREL has extensive experience in monitoring elections in the South Asian region including Sri Lanka.

Hettiarachchi said ANFREL’s team will fly down by 20th of this month.

Govt. decision to reduce sugar tax was not a scam: State Minister

March 15, 2021 byMihi Perera No Comments
State Minister Shehan Semasinghe today stated that the government’s decision to reduce the import tax imposed on sugar was not a scam but a measure to protect the public from increased sugar prices.

May 6, 2022 byRuwani Fonseka No Comments
Shanakiyan must have been in the habit of worshiping the Rajapaksa family, whereas I have never done so and do not intend to do so either, says United National Party (UNP) Leader Ranil Wickremesinghe