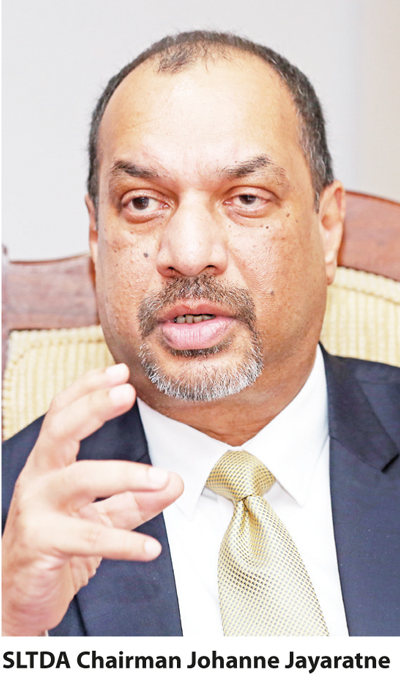 “The handing over of four properties of the SLTDA to successful bidders will take place next year with the expectation for the construction of resorts to commence in the same year,” SLTDA Chairman Johanne Jayaratne said, speaking to The Sunday Morning Business.

The SLTDA identified these tourism zones between the period 2004-2014 with a view to avoid ad hoc tourism development through specific guidelines and themes. The resorts would be named Kuchchaveli Beach Resort, Dedduwa Lake Resort, Kalpitiya Island Resort, and Yala Wild Resort.

The resorts that would be developed according to a theme under this programme are Kuchchaveli Beach Resort and Kalpitiya Island Resort.

“The Kuchchaveli and Kalpitiya lands were identified in 2012. We consider the Kuchchaveli land as the next luxury beach resort and in Kalpitiya, we want to have the first island resort of the country,” Ratnayake noted.

Ratnayake noted that the SLTDA is currently developing a master plan for Kuchchaveli and Kalpitiya with private and public sector participation. With the support of the private sector, infrastructure development of Kalpitiya, including roads and water and electricity supply, would commence next year.

With an investment potential of $ 91.43 million, the Kuchchaveli Beach Resort land is 300 km away from Colombo. 445 acres of land are available for investors and the leasing of the entire land is expected to generate an annual income of $ 1.39 million.

So far, the SLTDA has leased out only to one investor for the value of $ 6.86 million, while the investment project is in operation.

“We have RFPs (requests for proposals) from potential investors through a paper advertisement on 21 July 2019. We have not finalised it yet,” said Ratnayake.

The Kalpitiya Island Resort has a total of 12 lands, two of which are already leased out. The SLTDA is still to receive the investment amounts of those investors due to several issues experienced by them, which the SLTDA is trying to resolve in order to proceed with the investment operations.

The other project is the Dedduwa resort, located to the east of Bentota covering 1,800 hectares and comprising water bodies, marshy lands, and abundant paddy lands.

According to Ratnayake, due to the marshy land, the SLTDA has to go for a different modality; they are eying two options at the moment and are yet to finalise one of them.

Ratnayake noted that upon commencement of the development, Dedduwa would be a lake resort due to the number of natural water bodies surrounding the area.

Dedduwa is the oldest project among all the four infrastructure projects, as land acquisition for it started in 2005.

Meanwhile, speaking on the Yala resort project, Ratnayake noted that comparatively, Yala is a small project and the leasing of the land is almost done.

“It is not a big project. It consists of seven blocks. Five of them are almost done.”

Yala Wild Resort is a $ 22.86 million project in Hambantota and the land has been already leased out to investors for 99 years. The land is 292 km away from Colombo and can also be accessed through 45 minutes of air travel due to the availability of an Air Force base and helipad.

According to the SLTDA, at the moment, two hotels are operating in the area while one wild bungalow is under construction and six wild bungalows are pending approval. In addition to this, the road facilities leading to these resorts and bungalows also have to be developed.

The Yala land area was acquired in 2014, according to Ratnayake.

Alcohol marketing ban to be relaxed?

September 13, 2020 bythemorningeditor1 liberty No Comments
Sri Lanka’s alcohol manufacturers have made a collective request from the National Authority on Tobacco and Alcohol (NATA) to relax their regulations pertaining to advertising, The Sunday Morning Busi

Have local brands picked up on TikTok?

December 13, 2020 byNethmi Liyanapathirana No Comments
TikTok has seemingly exploded from nowhere, becoming one of the most downloaded apps in the world.