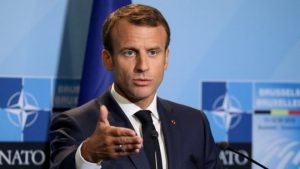 A nationwide strike has severely disrupted schools and public transport across France.

Workers are angry at being forced to retire later or face reduced pensions.

Police, lawyers and hospital and airport staff are joining school and transport workers for a general walkout that could include millions of people.

Authorities have been trying to put in place plans to mediate the disruption.

French newspaper Le Monde described Thursday as “the moment of truth for Macron”, writing: “The next days are a decisive test for the head of state.”

How bad is the transport chaos?

Public transport will be seriously tested, with 90% of high-speed TGV and intercity trains cancelled. In Paris, just five of the city’s 16 metro lines are running.

Some regional train services will not run at all. International services such as Eurostar and Thalys will be affected, and Eurostar has announced a reduced timetable until 10 December.

Hundreds of flights have also been cancelled. Air France said it would cancel 30% of internal flights and 30% of short-haul international flights, amid walk-outs by air traffic controllers.

December 20, 2018 byMalik No Comments
President Donald Trump's decision to withdraw all US troops from Syria has been met with heavy criticism.

July 8, 2019 byRandev No Comments
Britain’s seizure of an Iranian oil tanker off the coast of Gibraltar is unacceptable and tantamount to piracy, Defense Minister Amir Hatami has claimed.