Artistic freedom, the right of artists to freely express themselves, has long been held as a supreme value in the world. Art is a medium by which we explore diverse cultures and viewpoints, and it also holds a mirror up to ourselves as individuals and as societies. In their various forms, the arts inspire, provoke thought, and change and offer consolation and healing. They allow people to express their emotions, thoughts, ideas, and live as their true selves. Human beings have always made pictures, sung, danced, and staged performances. 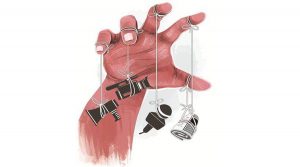 Recently, the Sri Lankan underground rap group “Rasthiyadu Padanama” was arrested following complaints from a group of parents about profanity and strong language in their songs, according to reports. They were bailed out the day following their arrest. In 2019, author Shakthika Sathkumara was arrested for publishing a short story to his Facebook account, which included depictions of homosexual Buddhist monks and references of sexual abuse and paedophilia, for allegedly propagating hatred and incitement of racial or religious violence. He was detained for 127 days before being released without indictment.

When the arts and cultural activities are suppressed, the development of entire societies suffers. Repression results in fear and frustration. Many artists, however, do not allow censorship to keep them from stating their views. Artists have many ways to express criticism in subtle rather than explicit ways. Many are adept at hiding messages in seemingly innocuous contexts. Other artists, however, confront tyranny head-on, risking their lives and physical integrity. Brunch reached out to some creative and civic personalities for their perspectives on freedom of expression in art, and where the line should be drawn.

‘In any form of expression, there needs to be a disciplined approach in how we present our ideas’ 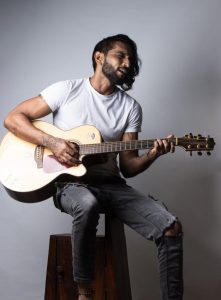 Shaun Perera, the lead singer of the band Magic Box Mixup, shared his views on freedom of speech in the arts and whether certain restrictions created by society or religious beliefs come in the way of his work. “When it comes to art, the phrase ‘freedom of speech’ takes the form ‘freedom of expression’. It’s a subject that’s deeper than what meets the eye. Sometimes, we can abuse the word ‘freedom’ and we express ourselves in a way that is insulting to others. In any form of expression, there needs to be a disciplined approach in how we present our ideas. Directing profanity at someone as opposed to using profanity to express a feeling is very different. The former is insulting and a way of pushing buttons, and causes confrontation. Even in music, we can constructively criticise and discuss certain topics.

Expanding on factors that are important when creating something, Perera explained that it is important to not insult anyone on purpose and that you should maintain respect for each other, doing all you can to prevent confrontation and making the expression subtle with depth and clarity. A song is not made or lyrics are not written to stimulate a reaction but to hopefully attain a better understanding between each other.

Perera further said: “When you are not heard, that frustration and that sting is always going to lurk. But the important thing is how you are going to express your frustrations – it is up to you, but we have to always remember that our actions and reactions do have consequences depending on who is in charge or who is on the receiving end. So why push buttons? It’s a frustrating thing, but is it worth the consequences? As an artist, that’s where you should be smart.

“Music is primarily a form of communication and connecting and expressing for me. Some songs are purely for enjoyment and fun. It’s actually subjective and whatever fits the occasion; also, what I as an individual am feeling in that moment or the vibe I get from the audience. It’s about the relationship you build with the song, the crowd, and the moment, and what it is you are writing or creating,” he shared.

Perera also mentioned that music can communicate any message, any feeling in any form of emotion. Be it gentle, angry, emotional, happy, or sad. The choice is yours. It is also your choice to be constructive about your expression. People tend to respond more and are willing to listen when you express your opinion with respect rather than aggression.

“I don’t think these restrictions exactly trap us in any kind of box. No matter how much you disagree with some current situations, I think it’s better to be respectful in how you present it. Not that I get it right all the time, but that’s what I think,” he added with a laugh.

‘Using a cleverly written narrative, you can implant important messages into not only people’s brains but into their hearts’ 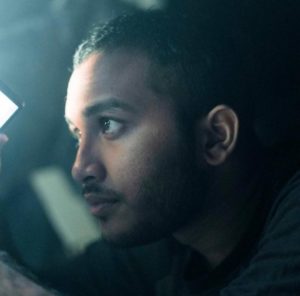 As a young artist in the creative field, amateur filmmaker Dulina Chandrasiri shared his opinion on what kind of role films play when it comes to social awareness and whether these restrictions affect authentic filmmaking.

“In the indie world of film production, there’s more creative headspace when making a film. Most of the time, the budget is coming from your own pocket, and the marketability factor isn’t really sought after. But when it comes to films produced by studios, then it becomes a whole other game. You have to consider if the film is going to appeal to a mass audience and you have to consider what the studio heads and producers want. In that case, society does affect which movies get made and which ones don’t.”

Chandrasiri further added: “Film is very important for social awareness. A film is something that grips all senses of your body and is the most effective storytelling medium. Using film, you can educate people differently than you’d expect. Using a cleverly written narrative, you can implant important messages into not only people’s brains but into their hearts. That’s why sometimes you watch a movie and after those two hours you might come out a different person. Even a short film on YouTube holds so much power. Initially, even I got into films because of short films on YouTube. After seeing some, I wanted to make some for myself and just like that, I fell in love with the bigger scope of cinema.”

Sharing his opinion on a filmmaker’s responsibility towards their audience, Chandrasiri shared that a director’s responsibility is really to tell the story as effectively and as efficiently as possible. “A director should be successful in making the audience feel something, whether it be happy, sad, angry, or bittersweet, whatever the script deems it be.”

Chandrasiri explained that censorship is the process of omitting and controlling information, and in an artistic context, censorship can be devastating. Freedom of speech exists for a reason and as long as some work of art abides by the law, it should not be hindered by the Government. An artist’s intent to make the audience feel something is completely disrupted when censorship comes into play, he said. 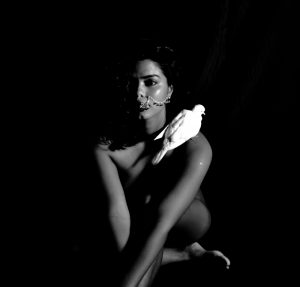 Elsz, a musician, activist, and creative life coach, shared how music helps her to heal and also how it is a great way to express your emotions.

“For me, music is a place where I can be truly honest. It is a place to heal, to find joy, to grow, and to express. Music is a sound painting. I don’t believe art and music are purely for our enjoyment; music is as old as birdsong. We make music to celebrate, to express our anger or sadness and other emotions, to pray, to feel sexy, and to dance.”

Elsz added: “Music can communicate any and all messages and that is the reason why so many great artists were silenced throughout history – because they used their music to protest or express emotions and opinions that were threatening to oppressive systems. Music has the ability to carry any message.”

She mentioned how music helped her to survive many painful, hard times and that music has always been a companion to her. As a teenager “even before I could play an instrument or had begun voice training, I would spend all my lunch breaks in my high school music practice room, playing chords on the piano and writing songs. Music was always a vessel for me to express what I was both feeling and witnessing in the world. It’s such a powerful alchemical tool to transform hard experiences into ones of healing. But it’s also where I found my joy. I love to dance and I was a dancer before I was a musician, so music and dance are inseparable to me”.

She concluded by saying: “I think that lyrics and music are powerful. I think that everyone should have the choice to listen to something or not listen to something, and it varies from person to person. Some people don’t listen to lyrics in songs as much – I do, I listen to almost every genre of music, but if I don’t resonate with what the lyrics are saying, or if they are explicitly racist, sexist, or homophobic, I may choose not to listen to it. but that’s a personal choice.”

‘It’s an important aspect not just of our cultural life, but also our civic and political lives’ 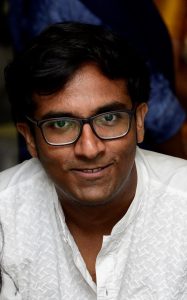 Hashtag Generation Co-founder Senel Wanniarachchi shared his views on the importance of freedom of speech in the arts.

“Artists should be able to imagine, create, and display their work free from censorship and pressure from the State or other influential institutions. Throughout history, artists have used their work to challenge power, question normative ideas, and make us think. It’s an important aspect not just of our cultural life, but also our civic and political lives. Freedom of expression is a constitutionally protected right and the State has an obligation to not only refrain from interfering with this right but to also create an environment where artists with a range of abilities and views are supported.”

Artists tend to feel pressured to engage in self-censorship rather than risk running afoul of a country’s government or popular opinion. This deprives the public of the opportunity to engage with unique or unpopular perspectives.

To those who are forced to live in circumstances of hopelessness, the arts can provide some support. Creativity, imagination, and fantasy help people to cope with their fates. When disadvantaged youngsters perform a drama on stage, they experience themselves in new roles, so they no longer simply belong to “the difficult generation”. Their self-confidence grows, and they discover a new outlook on things, they start to dream, to think, and their journey of creating a better future for themselves and achieving their dreams starts.

RoyTho – The cricket is incidental

March 8, 2020 bythemorninglk No Comments
It’s that time of the year again; for cricket, testosterone, drunken escapades, and adult males enjoying schoolboy behaviour a little too much.

February 11, 2021 byNews Admin No Comments
9 February marked “Safer Internet Day”, but there is much to be done for the internet to truly be considered a safe space, especially for women and children. Research conducted by global child welfare