From clay to art

October 14, 2021 by Venessa Anthony No Comments

Nimble fingers, one with the wheel, giving life to what was once the essence of the Earth. The art of clay pottery is a long-standing tradition in Sri Lanka, and in certain parts of the country, entire villages get involved in the manufacturing process. The tradition is passed down generations, and watching a potter mould his clay into art is a mesmerising feat. 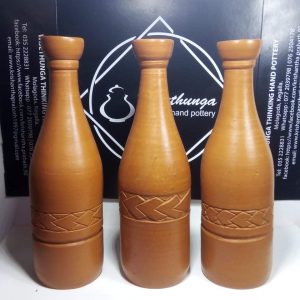 Even though it may have seemed like a dying tradition, since of late, the art of pottery has become more and more revived and many are willing to pay good money to showcase a piece of our heritage in their homes. 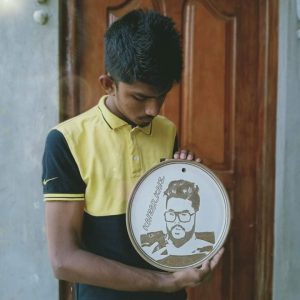 Brunch spoke to Danushka S. Wijethunga, a well-known potter in the village of Molagoda in Kegalle. At the mere age of 20, he runs his own business selling clay artefacts and specialises in vases, plates, and other conventional clay items. When painting a picture of his village, Danushka described that on a typical day, one would be able to see most villagers with their hands on the pottery wheel, moulding away.

“80 families in my village are involved in pottery. This is what our village is famous for. I have five members in my family and they are all also involved in pottery, but they stick to the traditional side of it,” Danushka told us.

His family being involved in the business is how he realised that his calling was for pottery as well. Seeing his father sit at the wheel for over 30 years now unlocked his love for the art, and thus, he took it on as his own business.

Usually, when you think of clay, one’s immediate thought would be the clay pots we Sri Lankans love to cook in, but in Danushka’s case, he stays away from the conventional pots and pans to a more elegant approach. His business focuses mostly on ornamental items – the kind one would present as a souvenir of a sort. The only non-ornamental item he sculpts are his clay water bottles, which are adored by many. In conversation with Danushka, he said: “Many people come from around the country for my water bottles. It was a surprise even to me but many corporate companies buy the bottles in bulk and distribute them to employees. Even school kids do the same.” 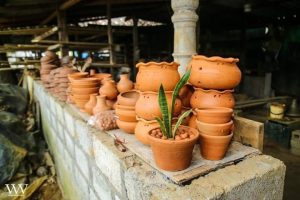 All of his products are painstakingly hand-painted, complete with intricate detailing. He has a range of ornamental plates that he has painted portraits of influential and famed people in Sri Lanka. He also offers the customisation option, where clients can show him a picture of a loved one and he will swiftly have it done on a plate. These plates are actually not available anywhere else and is something that he himself conceptualised and began working on.

Unfortunately, with the pandemic, Danushka had to face many challenges. “A tipper of clay at the moment is Rs. 35,000,” he told us, adding that usually, he would be able to cover the cost of clay and still make a living, but with Covid, his business was not as lucrative as he liked. With the lockdown, it was even more unlikely that people would be on the move, and even the man that brings him clay from Biyagama is not able to travel, so he was left at a big loss. 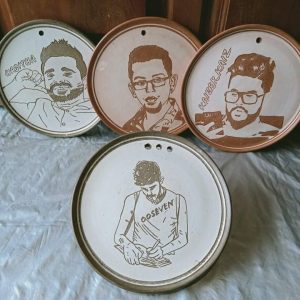 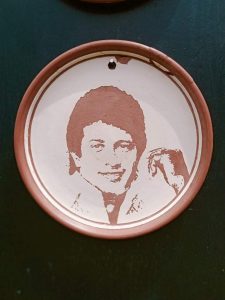 “Molagoda is found on Kandy road, so before Covid, many tourists would stop at the village and purchase items from my shop here. They would pay a lot of money for my work as well,” he shared. Unfortunately, with the lack of tourists these days, he was forced to get with the times and turn to an online customer base. He began marketing his products on Facebook and upon purchase, couriering the items to the customer, but told us that it wasn’t as successful as his in-store business. “Most people need to see my products with their own eyes to understand it’s value, and online, it simply isn’t showing.”

At the moment, he is still selling online and has hopes to expand his product range to cater to his new online market in hopes that he’ll be able to build his business up again.

We need strong leaders and healers: Youth for Justice SL speaks out

January 8, 2021 byRusiru Keppetipola No Comments
Youth for Justice Sri Lanka is a coalition formed by youth-led organisations and youth activists to create a constructive discourse around matters that directly affect young people and their future.

December 24, 2020 byNethmi Liyanapathirana No Comments
DNM Crew released their latest music video for their new single “ILL-LITERATE”, and we spoke to Dush from DNM Crew about the concept behind the video and how they came to shoot a music video..