November 8, 2020 by Skandha Gunasekara No Comments

The newly established Parliamentary Council (PC) is to deliberate the proposed new appointees to the Supreme Court (SC) when it meets next, while two key independent commissions would conclude their operations and disband in accordance with the newly enacted 20th Amendment to the Constitution. 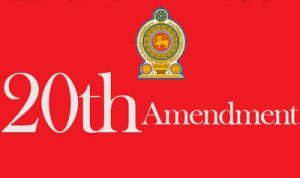 “There will be only five members including the three ex-officio members, a nominee by the Prime Minister, and a nominee by the Leader of the Opposition,” Secretary General of Parliament Dhammika Dasanayake told The Sunday Morning.

The PC, which replaced the CC, only has powers to make its observations on the nominees sent by the President.

Moreover, it has a period of one week to submit its observations, and if failed to do so, the President could go ahead and confirm his appointments.

“His Excellency will send us his proposals and we have to send our observations on those,” Dasanayake said. 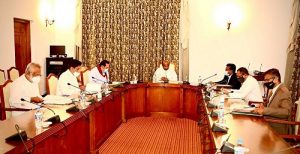 Later that day, the inaugural meeting of the PC was held under the patronage of Speaker Mahinda Yapa Abeywardana at the Speaker’s official residence. The meeting was attended by the Prime Minister, Leader of the Opposition, Minister Devananda, MP Hashim, Secretary General of Parliament Dasanayaka, and Deputy Secretary General and Chief of Staff Neil Iddawela.

The PC had discussed the framework within which it would function under the 20th Amendment to the Constitution.

It had decided to meet once again on Tuesday, 10 November to formally commence its work, parliamentary sources told The Sunday Morning.

Through its last-ditch effort, the Government was able to include an amendment to the 20th Amendment draft bill at the 11th hour to reconstitute the SC bench from 11 to 17 and the Court of Appeal bench from 11 to 19 Justices.

According to sources, the Council is to deliberate proposals by the President to the newly available vacant seats on the SC bench when it meets next on Tuesday.

Meanwhile, independent commissions – appointments to which the PC makes observations on – will continue, apart from the National Audit Commission and the National Procurement Commission.

“The Audit Commission and the National Procurement will cease to exist in accordance with the 20th Amendment to the Constitution,” Minister of Justice Ali Sabry affirmed.

March 3, 2019 bythemorninglk No Comments
The Ministry of Defence told The Sunday Morning that the Government was not willing to send the Sri Lankan Consul to represent the group