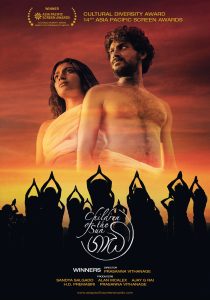 Marking the first time a Sri Lankan film has won an APSA award, (despite many nominations for many amazing films and filmmakers in the past), Gaadi was awarded the Cultural Diversity Award under the patronage of UNESCO.

Gaadi is a film Vithanage has been working on for almost 30 years, and what he calls his “dream project”. His 10th film, Gaadi is produced by Sandya Salgado, Ajay Rai, Alan Mcalex, H.D. Premasiri, and Prasanna Vithanage. It is the story of a Kandyan noblewoman in 1814 who is forcibly married off into Sri Lanka’s Rodiya caste (the lowest caste in the Sri Lankan caste system), just before the fall of the Kandyan Kingdom.

Starring Dinara Punchihewa and Sajith Anuththara, with cinematography led by Indian cinematographer Rajeev Ravi, Gaadi is a powerful tale of social and identity politics, mixed with a touch of romance.

Brunch sat down with Vithanage to learn more about this groundbreaking film, how it came to be, and why it has made such a mark within the international film community.

Gaadi’s Cultural Diversity Award under the patronage of UNESCO was given after careful consideration by a panel of directors from the Asia-Pacific region, and was one of APSA’s three special award categories announced ahead of the APSA Awards Ceremony which was held last Wednesday (11).

Drawn from the world’s finest growing film region encompassing 70 countries and areas, and representing half the world‘s film output, the APSA set a high bar for celebration of cultural diversity of cinematic excellence. 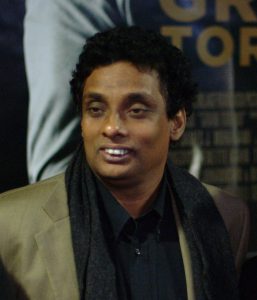 Speaking to Brunch about his own thoughts on winning the award, Vithanage shared that it was a great honour, particularly because it shines light on the cultural struggle he was trying to capture, and how such struggles are still very much part of our lives today; both in terms of how the Rodiya caste is still treated, and in terms of Sri Lanka’s identity politics and how cultural minorities are treated.

“Rodiyas are not really considered part of our culture; they’re considered human dust. Nevertheless, they struggle to keep their dignity,” Vithanage explained, adding: “So it was a great honour to receive this award because it gives them dignity.”

Speaking about how Gaadi relates to modern-day identity politics in general, Vithanage said: “We are living in a world that is demarcated based on identity, and there is lots of ethnic and identity politics at play in Sri Lanka, even after the war, with incidents like those at Digana and Aluthgama. I made this film because I am disgusted at the way the world is moving. Gaadi questions where the value of life lies and shows that it’s not in our identity, whether that is radala (the highest Sri Lankan caste) or Rodiya, Sinhala or Muslim, Tamil, Christian. The most important thing is humanity, and that’s why I made Gaadi.”

The story of Gaadi

To truly understand Gaadi, we must dive deeper into the plot and the story it tells. 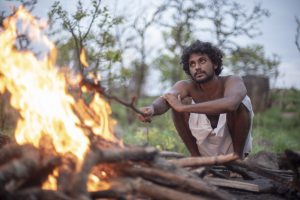 The roots of the Rodiya clan are steeped in scandal. According to legend, they trace their origins back to a daughter of King Parakramabahu; Ratnavalli (also known as Navaratna Valli), who, along with a Vedda huntsman, was banished and condemned to live life as untouchables because they had consumed human flesh and had tricked the king into eating it as well. The intricacies of the story vary, but the Rodiya claim descent from Ratnavalli and this huntsman’s line. The severity of their crime condemned their descendants to the same fate, and so, Rodiya, over the entire course of their history, have faced great discrimination from other levels of Sri Lankan society.

This caste segregation runs so deep that, during the period of the Kandyan Kingdom, which, like all monarchies, was built around aristocracy, nobility, and superiority of birth, the Rodiya clan was used as a method of punishment. Should a Kandyan noble be found treasonous and then abscond or flee, the women in his family (mothers, sisters, wives, daughters) were punished in their stead, and their punishment was to be taken to the banks of the Mahaweli River (the opposite bank had a Rodiya settlement), and be given a choice. Either die for your relative’s sin by drowning yourself in the river, or be turned over to the Rodiya to become Rodiya women. It was the Kandyans’ version of the devil and the deep blue sea, and in many, if not most cases, if history is to be believed, these women would drown themselves to protect their honour, or as Vithanage puts it, “their so-called dignity”. There were some who would choose to be “rescued” by the Rodiya people. 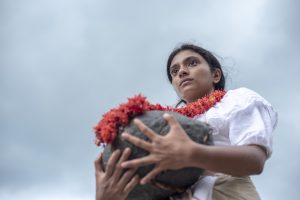 This mode of punishment is how Gaadi’s main character Tikiri finds herself forcibly married into the Rodiya clan after her nobleman husband commits treason by conspiring with the British to depose Sri Wickrama Rajasinghe. The story takes a more complicated turn when Tikiri and her Rodiya husband Vijaya are banished by the other Rodiyas because of Tikiri’s failure to assimilate to the Rodiya way of life.

Gaadi’s story takes place in 1814, the year before the Kandyan Kingdom fell, and also captures the machinations of the British in capturing the Kandyan Kingdom. “Gaadi shows how these two people are struggling to survive during the calamity and times of the British invasion of Kandy, and how they come across the meaning of life along the way, realising that it is more than the identity politics of caste and race.”

Gaadi is also a romance and a love story, but this is just one of its many layers, with Vithanage explaining that it was built to be a complex multi-layered story of identity and social politics. He noted that we, as Sri Lankan society, still make the same distinctions and discriminations, although this discrimination is now less caste-based and more ethnic and religious minority-based. That said, Vithanage reminded us that caste discrimination is still very much a thing in Sri Lankan society, and only needs a look at the marriage proposals page of any newspaper to see just how much it still affects us today. 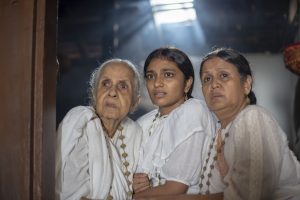 With Vithanage having worked on Gaadi for almost 30 years (he began writing it in 1991), we asked him what his favourite part of bringing the film to life was, and for Vithanage, it was working on such a big production and with so many actors, actresses, and crew members.

By Sri Lankan standards, Gaadi was a massive production, and set in 1814, also of a period not frequently captured in Sri Lankan film. Added to that, it is based on real historical situations which have been fictionalised for dramatic effect. “I was thrilled to recreate that era with the technicians, and to try to understand people who lived 200 years ago and reenact their emotions,” Vithanage recalled.

Being authentic to the era and to the film’s characters was very important for Vithanage. “I paid special attention to who they were, what they wore, what they did, how they communicated and spoke, and how they expressed their emotions. I believe, with big-budget movies, when budgets and scales become bigger, there is a tendency to lose the heart of the film and the essence of the characters, and that was something I worked hard to avoid,” Vithanage said. He shared that one way cinematographer Rajeev Ravi stayed true to the era and gave the film a very authentic feeling was thorough shooting primarily with candlelight to evoke the feeling of seeing these characters as we would have in real life in 1814.

Vithanage hopes for Gaadi to hit cinemas early next year, adding that he is eager to see how Sri Lankans react to a story about the Rodiya, who are treated as “human dust”. He shared that the film doesn’t speak for just the Rodiya clan, but all communities, regardless of caste, race, or religion, who are made to feel like second-class citizens in their own country.

“I hope this film will be a statement to not marginalise others for social, religious, or ethnic reasons,” Vithanage said. “Film is art, and art is to make people think, to make them ask questions and think about the world, and I hope Gaadi will make us all think and look into ourselves and look at the world we’re living in.”

What comes next for Vithanage

With yet another award-winning film under his belt, we asked Vithanage what he’s working on now, and what he got up to during the pandemic, and he shared that there is lots to look forward to.

Vithanage’s next project is not as a director but as a screenwriter, and he shared that during the pandemic and its lockdowns, he began working on an adaptation of Indian poet and author Jeet Thayil’s novel Narcopolis. Nominated for the Booker Prize in 2012, Narcopolis deals with opium dens in Mumbai from the late 1970s to the early 2000s, and is being produced to release on major streaming platforms.

Vithanage is working on Narcopolis with Rajeev Ravi, who did the cinematography for Gaadi and is a director himself. Ravi will be directing Narcopolis, with Vithanage acting as screenwriter.

Production for Narcopolis is expected to begin in 2022, and, in fact, Vithanage shared during our interview that he was due to depart to India the following day to begin to work on the second draft of the screenplay. Vithanage shared that Narcopolis is a personal milestone as well, saying: “This is my first Hindi film and the first script that I wrote in English. The nature of Narcopolis  was such that it was not easy to translate into cinema, but I took on the challenge, and am looking forward to the project.”

December 31, 2018 bythemorninglk No Comments
2018 is coming to an end, and celebrations are in order. With 2019 looming in here’s some elegant makeup looks courtesy @rochellewick for you to try this New Year’s Eve!

Consent is a virtue: Is no one safe?

February 8, 2021 byNews Admin No Comments
In this day and age, consent seems to have become a factor that is hardly ever taken into account. Recently, a post on Instagram about a story of two sisters went viral. They wished to simply dine...