Considering the prevailing Covid19 situation in Sri Lanka, the national tripartite agreement, which was introduced last year 2020 on the prorated wage model, is likely to be extended again next month, The Sunday Morning Business learns.

The validity period of this national tripartite agreement is until June 2021. A three-month extension to the model was granted by the Ministry of Labour on 31 March 2021 upon the request of the Employers’ Federation of Ceylon (EFC).

Speaking to us, Department of Labour Commissioner-General Prabath Chandrakeerthi said that discussions will be held with the Covid-19 Task Force, as it’s a decision that cannot be taken solely by the Department.

“The tripartite agreement is valid until next month. Due to the prevailing Covid-19 condition in the country, discussions will be held in this regard with the Covid-19 task force before extending it further,” Chandrakeerthi said.

The scheme, which was introduced in May last year, was extended until 30 September 2020 and was followed by three further extensions of three months each, until 30 June this year. The EFC earlier this year noted that it would seek an extension if it received any requests to do so. 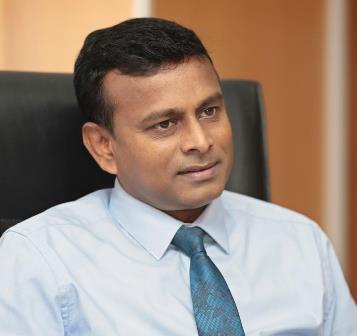 The Labour Commissioner further added that this matter was also taken into consideration as the EFC received eight applications requesting the extension of the prorated wage model.

According to the national tripartite agreement, the employers whose businesses or operations were impacted by the Covid-19 pandemic and who are not in a position to offer work to their employees, are eligible to apply and pay prorated wages.

The scheme implies that the basic salary of employees will be apportioned and wages will be paid for the number of days the employee has worked. The wages for the day’s employees who are “benched” without any work will be apportioned and paid either at the rate of 50% of the basic wage or Rs. 14,500, until June 2021, under a proposal approved by the Cabinet of Ministers.

The Employees’ Provident Fund (EPF) and Employees’ Trust Fund (ETF) amounts also have to be contributed in line with the payment made.

Further, to ascertain the daily wage for employees who reported to work, the basic salary will be divided by 30 or 26 days, depending on the method of computation used to determine the daily wage in the respective establishment. This rate should be multiplied by the number of days worked in order to establish the pay for the same period.

An employer unable to meet wage payments as per the provisions of the agreement is required to make representations to the Commissioner-General of the Labour Department.

Accordingly, the EFC’s request for the extension is in line with the advice it provided to its members throughout the Covid-19 crisis, which was to make use of social dialogue tools at the enterprise level and engage as much as possible with unions and with instituted workers’ councils.

In addition, employees and trade union representatives would retain the right to furnish any grievance directly to the Commissioner-General of Labour as well. Their aim is to enable companies, in co-operation with trade unions, to better implement the scheme under the tripartite agreement whilst parallelly adhering to the social dialogue processes.

Chrissworld to be listed tomorrow

May 17, 2021 byNews Admin No Comments
Chrissworld Ltd. will be listed on the Empower Board of the Colombo Stock Exchange(CSE) with effect from 18 May 2021. The company will be listing 30,000,000 ordinary voting shares and will be classifi

September 25, 2019 bythemorninglk No Comments
As the Lotus Tower rises up in its iridescent glory amid a deluge of divergent opinions and allegations of corruption, it’s a good time to talk about passion projects.