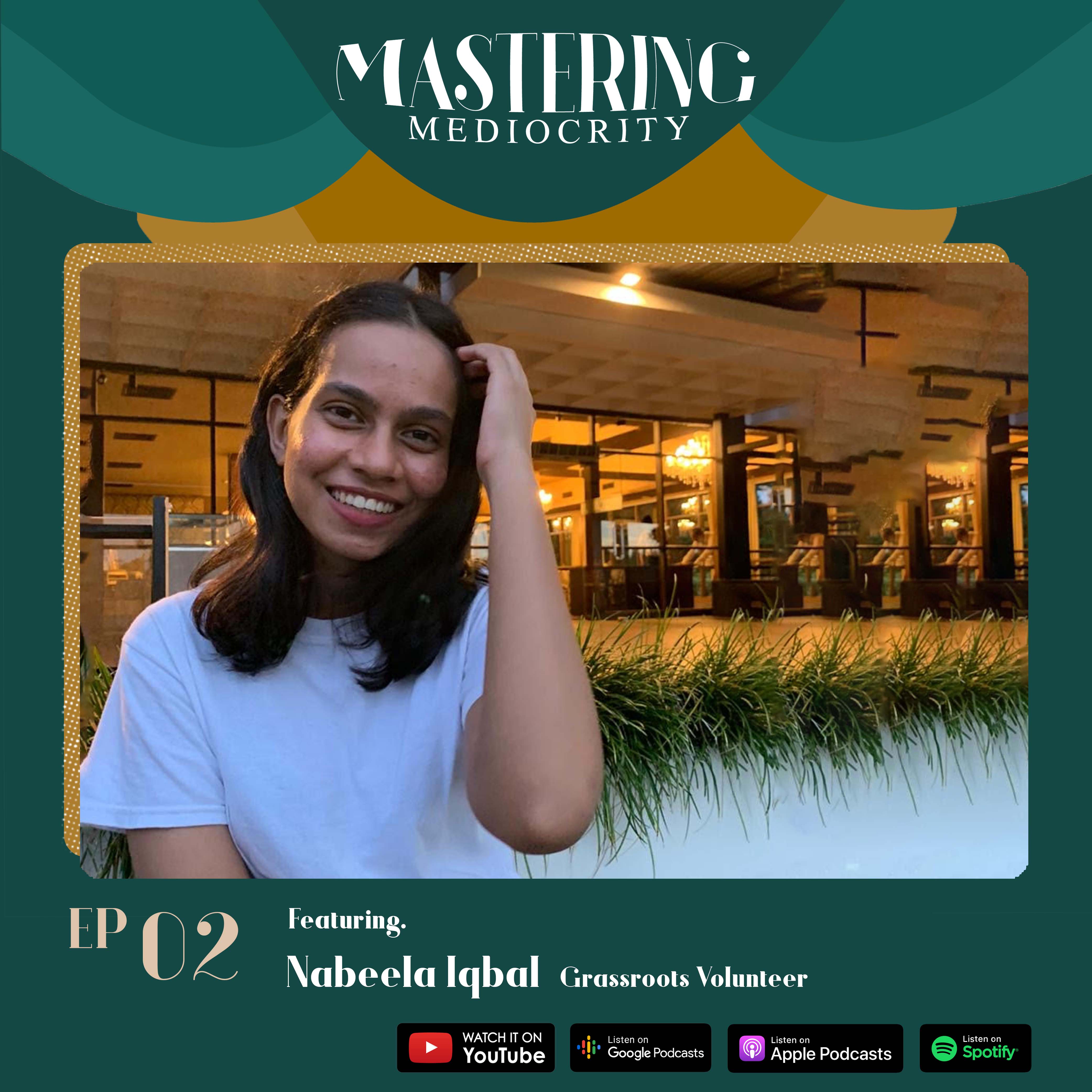 She started off as a simple volunteer and is now one of the most sought-after influencers/tea makers in Sri Lanka. Nabeela Iqbal was the guest for the second episode of Mastering Mediocrity.

Nabeela is a grassroots volunteer, Founder of the Sisterhood Initiative, and a General Council Member of the new Exco at the Sri Lanka Girl Guides Association. If you are a fan of discussions on gender inequality, the Muslim Marriage and Divorce Act (MMDA) of Sri Lanka, and analysing our community as a whole, then this episode is for you.

The Sisterhood Initiative: Backstory and vision

Nabeela was a girl guide during her schooling days, and soon after, she joined the Sri Lanka Unites (SLU) team. Working with SLU not only gave her the opportunity to travel to different provinces to do workshops on peace and reconciliation, but also gave her a closer look into the lives of different people.

“As I met more people, it made me realise that there is a life outside my bubble, but I wouldn’t call it volunteering; it’s more like going into the field of community and understanding how you could be a part of the solution,” shared Nabeela.

Few years down the line, she began voicing her concerns on Instagram and made her breakthrough when she released an IGTV video which prompted people to start reaching out to her. The Sisterhood Initiative was just an idea which later on turned into a safe space for girls from any faith to join, discuss, volunteer, and help in any way possible.

“Organising movements in Sri Lanka isn’t easy, given the political instability in the country,” Nabeela believes.

Nabeela was fascinated by the lack of access to information on how our system works and how these young girls don’t know how they are and are not benefiting from it. The Sisterhood Initiative was launched to become a platform to educate them of such vital matters, which also include their rights and for them to voice their concerns.

How does the MMDA affect young girls in our country?

One common misconception about the MMDA is that people believe that what has been stated in Islam is what has been enacted. But the MMDA originated in Indonesia and is a mix of traditions from various cultures such as the dowry from India, mixed with the Roman Dutch Law during colonisation.

“One of the main problems is that there is no age limit for Muslim girls to get married as it’s not explicitly stated, and this responsibility is given to a male Qazi judge to decide at what age it’s best for them to get married. Sometimes this is the reason why so many child marriages take place in the Muslim community,” Nabeela said.

Another drawback of the MMDA is its nature of gender discrimination, especially when Islam is known to promote equality – from women not being allowed to sign their own marriage contract to divorce proceedings, or even when it comes to women not holding any position in Muslim family courts.

This episode was all about educating us listeners on what’s happening around us – things that not only affect Muslims, but the nation as a whole – and needless to say, it was mind-blowing and an eye-opener. Here’s to hoping for a better and more educated future.

February 2, 2022 byNews Admin No Comments
It's a century-long tradition that us Sri Lankans welcome guests with an “Ayubowan” and a warm cup of tea. It is in our culture; a ritual we have always valued. It is an aspect of our heritage that th

December 31, 2020 byNethmi Liyanapathirana No Comments
The pilot project underway to bring in tourists from some countries in order to test the country’s capability of handling flights and tourists amidst a pandemic is under public scrutiny again..