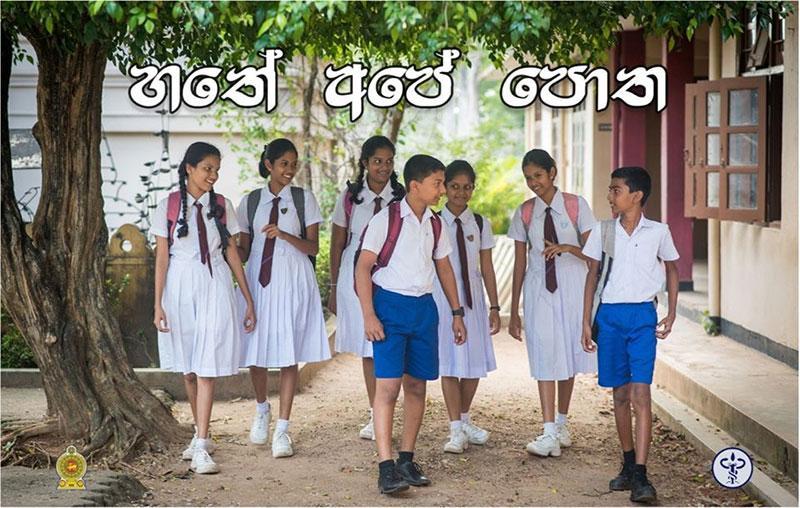 “Single-sex schools, as well as the unavailability of proper sex education in schools, hampers any opportunity school children have (in educational institutions) to establish a constructive relationship with children of the opposite gender,and allows for the perpetuation of traditional gender stereotypes,”  Ceylon Teachers’ Union General Secretary Joseph Stalin

It would not be an overstatement to say that despite promising attempts by various activists and groups to ensure gender equality and prevent gender-based discrimination in the context of social institutions, and in society at large, Sri Lanka remains a country burdened by gender inequality fuelled by patriarchal and hetero-normative ideologies. Even though Sri Lanka has achieved considerable progress as far as gender equality is concerned, there is still a lot to do, and it is a slow but very important and timely mission.

The recent incident where a male teacher was allegedly unfairly denied permission to work at Visakha Vidyalaya in Colombo, on the mere basis of his gender, brought the need to ensure gender equality in schools and other educational institutions to the attention of the public.

The incident in question raised concerns among many – right off the bat, it seemed to be an incident of gender-based discrimination, as the male teacher’s appointment had allegedly been rejected claiming that he was not suitable to teach in a girls only school due to the fact of his biological sex.

According to the Ministry of Education (MoE), prior to his appointment, the school principal had sent a written request to the Ministry requesting that the male teacher in question not be transferred to the school. The Ministry’s teacher transfer board had, however, decided to proceed with the appointment.

It was reported that the school authorities had stated that even though the media reported that the teacher being male was the reason why his appointment was turned down, alleged inappropriate conduct on the part of the said teacher was the reason for their decision. After almost two weeks however, the Ministry stated that the male teacher in question is to be transferred to another school as Visakha Vidyalaya did not have a vacancy for him, and now an investigation is in progress into the incident that said to have happened where his appointment was rejected by the school’s principal.

Regardless of this incident’s current situation, it sparked a social discourse as incidents of this nature are rarely reported from male-only schools, where a majority of teachers are female, due to the reasons that are said to have led to this incident. This incident also brought to the attention of the public the burning need to ensure gender equality in schools and other educational institutions, the former of which is the foremost institution where the mindset of Sri Lanka’s future generation is shaped. School, as a social institution highly revered in the Sri Lankan context, is the best place to set an example for our next generation, and more importantly, to teach them that a person’s qualities are far more important than his/her gender, which is a mere social construct.

Is the time nigh to reject gender-segregated educational institutions?

In order to rectify this issue – i.e. the lack of attention given to gender equality related matters in schools, in particular gender-based discrimination – several reforms must be introduced to Sri Lanka’s education system, the Ceylon Teachers’ Union (CTU), one of the foremost trade unions that raises its voice with regard to matters pertaining to Sri Lanka’s school and education system, told The Morning.

“Gender-segregated schools or, in other words, single-sex schools, as well as the unavailability of proper sex education in schools, not only significantly hampers any opportunity school children have (in educational institutions) to establish a constructive relationship with children of the opposite gender, it also allows for the perpetuation of traditional gender stereotypes, which, in the long-run, are likely to beget more gender inequality related social issues,” CTU General Secretary Joseph Stalin said.

Elaborating on gender-segregated schools, Stalin pointed out that it is an outdated concept that should be replaced with modern educational concepts including mixed educational institutions.

He added that Sri Lanka, as a country where the female population outweighs the male populace, should give more attention to policies aimed at ensuring gender equality. He also stressed that even though there are discussions about quotas for women’s representation in Parliament, relevant policies concerned with ridding the country of patriarchal social norms and protecting women’s rights are lacking.

“Promoting and strengthening mixed schools can pave the way for a more inclusive society where gender equality is upheld,” he emphasised.

Speaking of the same, an academic who has researched and written on workplace sexual harassment Prof. Arosha Adikaram added that unlike gender-segregated schools, mixed schools give an adequate, supervised environment for children of all genders to identify and be comfortable with each other’s differences, and at the same time, build meaningful social relationships.

Stalin also criticised the unavailability of sex education in Sri Lanka’s schools and in the education system at large. He said: “Recently, a book titled Hathe Ape Potha was introduced with the objective of giving school children much needed sex education. However, unfortunately, several parties including Buddhist monks opposed this move, leveling various allegations including that it can damage Sri Lanka’s traditions.

“The worst part is that even though they wanted this book to not be included in the school curriculum, they did not have any alternative whatsoever to provide children with sex education. Sex education plays an important role when it comes to ensuring and teaching our children gender equality, as it includes, among many other things, matters pertaining to gender equality.”

He also added that the lack of sex education in Sri Lanka is one of the reasons why a high number of child abuse and exploitation cases are being reported in across the island.

The book mentioned by Stalin, known by many its title Hathe Ape Potha was planned to be distrusted to school children, more specifically adolescent children, in 2020, with the aim of filling a prolonged lacuna in Sri Lanka’s education system, which is sex education.

However, even though certain parties who understood its importance and relevance to adolescent children expressed support for it, others disapproved of it, claiming that it may negatively affect the minds of young children. The book, according to activists, includes not only topics of sex education, but also teaches young children, in a way they understand, several other topics including sexual and reproductive health, rights, dealing with psychological and physical changes arising during adolescence, maintaining interpersonal relationships, life skills, and also gender-related differences. However, later, in the face of opposition expressed by many parties, the authorities had to stop the distribution of the said book.

In addition to the aforesaid changes, Stalin also said that introducing policies of equality to Sri Lanka’s education system would be of great importance.

Concurring with this suggestion, Prof. Adikaram opined that introducing such policies is important, and that at the same time, further steps should be taken to see to it that these policies are actually implemented in educational institutions and result in the intended objective of ensuring inclusivity, diversity and equality.

She added that every organisation, be it public or private, needs to have in place policies to make sure that every person, irrespective of their race, religion, ethnicity or disability, is treated fairly and equally, and that these policies should be followed in all aspects of the organisation’s operations such as the recruitment and promotion of employees.

“Organisations paying attention to upholding equality can achieve great results,” Prof. Adikaram said, adding that having in place policies that promote equality will in turn boost the productivity of employees in any organisation and encourage children to study.

She also added that merely having such policies in an entity’s vision, mission or objectives will not suffice, as the implementation of such is what matters.

In order to achieve this, it is supremely important that those who are vested with power and responsibility are also well-aware of and conscious about the importance of these policies, because at the end of the day, their personal attitudes, biases and understandings also affect the final outcome intended to be attained through these policies. “Awareness raising, among other steps, is of great importance,” she emphasised.

She also explained that even though there is also a lack of laws to exclusively ensure gender equality in workplaces or educational institutions,certain parts of the law, including the Constitution state that all persons should be treated equally regardless of differences such as their gender, race, ethnicity or religion, which can be employed in this process of making policies.

The Article of the Constitution referred to by Prof. Adikaram reads: “No citizen shall be discriminated against on the grounds of race, religion, language, caste, sex, political opinion, place of birth or any one of such grounds.

In conclusion, equality, in all circumstances and settings, is important, and discrimination, regardless of the reason, is unacceptable. The public has an undeniable responsibility to take steps to ensure that Sri Lanka’s future generations are conscious about not only enjoying their rights, but also respecting and protecting others rights.

Even though introducing and/or strengthening equality laws and policies can direct the public to adhere to them, a different and a more successful approach can be adopted to see to it that the country’s future generation learn such, by teaching them equality and respect from a younger age, which can be done at educational institutions. Both these steps are vital to achieving non-discrimination in general and averting gender-based discrimination.

At the end of the day, one turning a blind eye to any form of unfairness faced by another, is equal to accepting that they are fine with the same happening to them on another day, because of the simple reason that we are all equal before the law.

April 16, 2022 byAazam Ameen No Comments
Several rounds of discussions on current issues were held under the patronage of President Gotabaya Rajapaksa this morning (16), the President’s Media Division said.

October 16, 2020 byCharindra No Comments
Yoshitha Rajapaksa has been appointed the Chief of Staff of the Prime Minister Mahinda Rajapaksa.