Genetic testing in the detection of rare diseases in Sri Lanka

Where do we stand?

The seriousness of rare diseases is often underestimated and due to their “rare” nature, much awareness is not raised. Most of them are incurable, with diagnosis being difficult in many cases, causing them to stay undetected for a long period of time. When diagnosed, treatment becomes a lifelong process that requires utmost care which most healthcare services struggle to provide, especially in Sri Lanka.

Rare Disease Day was celebrated in Sri Lanka for the first time this year on 28 February under the theme “Bridging Health and Social Care”. It made a global call for policymakers, healthcare professionals, and care services to better coordinate all aspects of care for people living with rare diseases.

The Human Genetics Unit (HGU) at the Faculty of Medicine of the University of Colombo (UoC) has been at the forefront of this cause in Sri Lanka, advocating for better services and facilities for people living with rare diseases. However, the chief issue encountered in tackling this matter is the lack of proper diagnosis. The HGU now uses genetic testing as a means of detecting genetic defects to identify rare diseases. Despite being internationally recognised for being extremely resourceful in a low-resourced setting, the lack of funding and the lack of awareness have hindered their ability to serve in their fullest capacity. 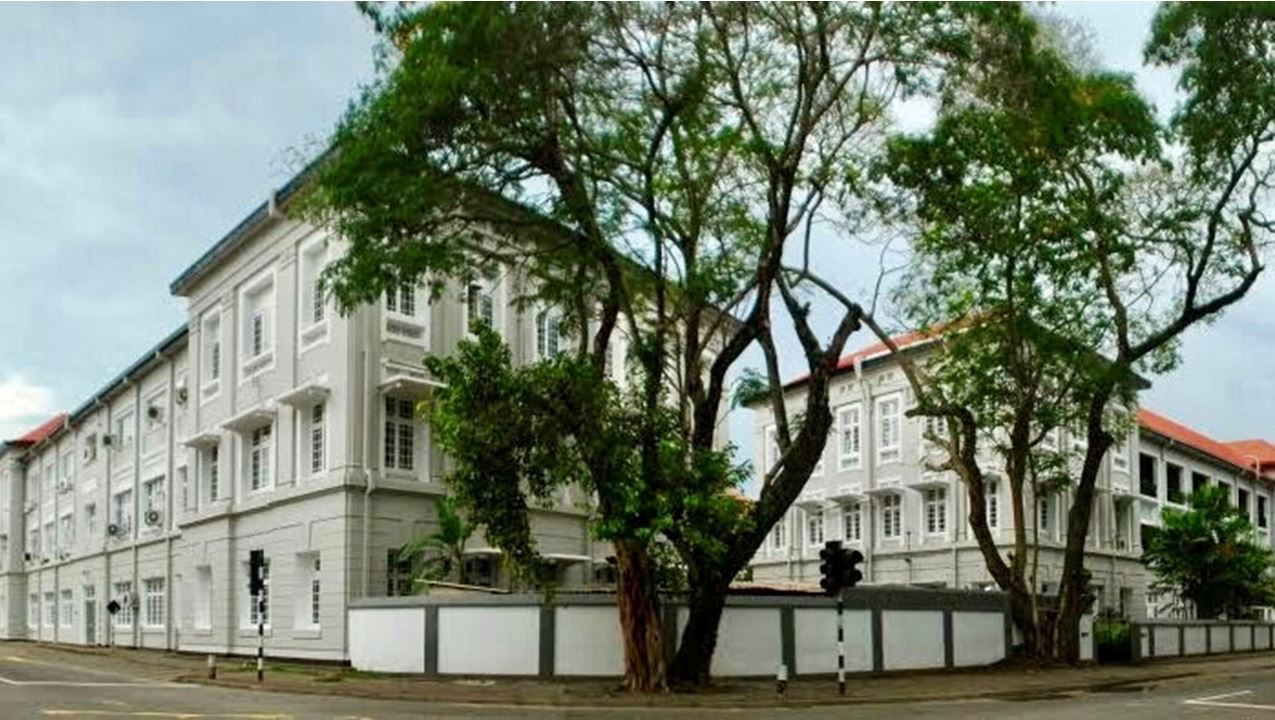 In order to understand this issue better and help shed light on the topic, The Sunday Morning spoke to Dr. Dineshani Hettiarachchi, a lecturer at the Faculty of Medicine of the UoC, who will be attending the annual conference of the Undiagnosed Disease Network International (UDNI) to be held in India this year.

Dr. Hettiarachchi highlighted that rare diseases, although individually rare, affect one in 10 people in the world and that there are currently more than 5,000 recognised rare diseases, most of which are heritable.

Difficult to diagnose and treat

According to a report done by the UDNI, it takes a minimum of five years to diagnose a child with a rare disease. “The delay to diagnose is attributed to many factors including the lack of access to diagnostic tools, the lack of awareness about the disease, poor communication among healthcare providers, the lack of physician training with regard to rare diseases, and the lack of geneticists. The effects of these deficiencies are felt both globally and locally,” she stressed.

In Sri Lanka, according to Dr. Hettiarachchi, inherited rare diseases can be diagnosed with an array of genetic tests. These could range from simple tests that examine chromosomes (a karyotype) or the change of one nucleotide base in a gene (DNA) to tests that examine an entire gene or even all the genes (an exome). 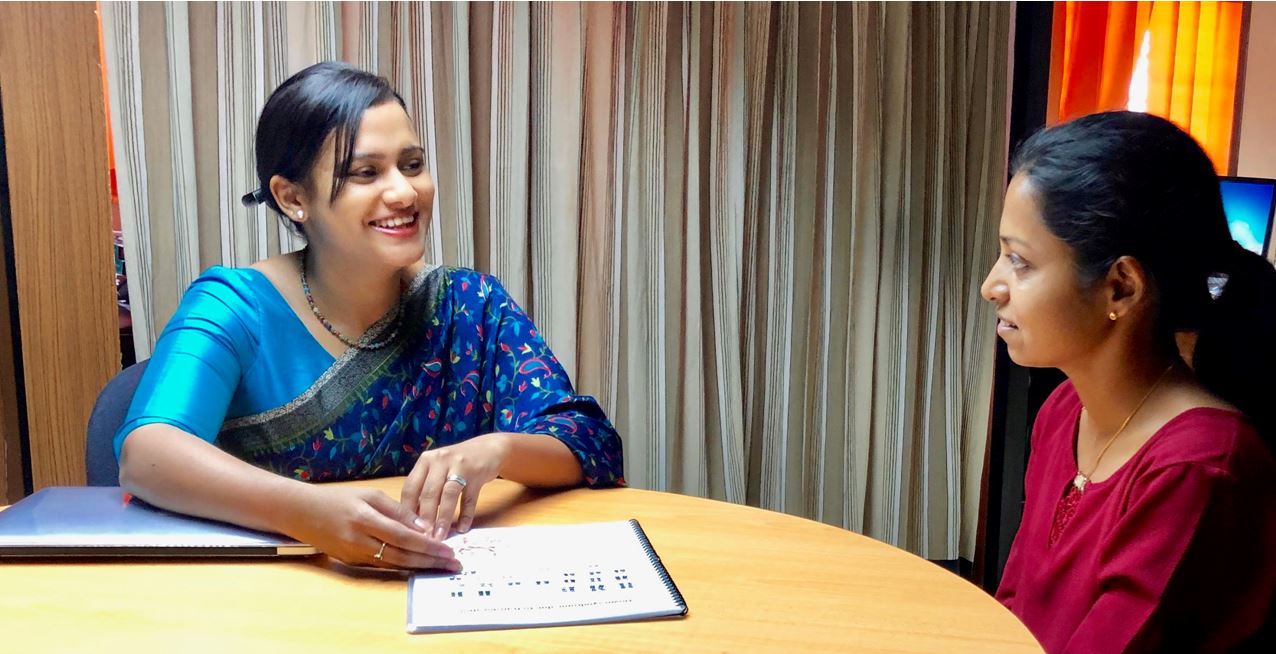 “The HGU gets referrals of clinical diagnoses from around the country, of which nearly 100 were undiagnosed cases in the past three years alone. These are difficult cases where, on a clinical ground, no doctor can diagnose them. Of them, 24 patients had a chromosomal abnormality and only a handful of them could afford clinical exome sequencing, leaving the majority undiagnosed to date,” Dr. Hettiarachchi said.

“When it comes to cure or treatment, it first needs diagnosis,” says Dr. Hettiarachchi. In most instances, rare diseases are not diagnosed and if they are, it is usually a vague diagnosis such as myopathy (muscle disease) or neuropathy (nerve disease). “So, a clear diagnosis is what needs to be aimed for…only then would it be known whether the condition is curable or not and how to best prevent or delay the manifestation of various conditions associated with them.”

Rare disorders can have a major impact on a patient’s healthcare budget. For example, there are about 3,000 patients of thalassemia in Sri Lanka who consume about 5% of the recurrent health budget of the country.

Dr. Hettiarachchi explained that genetic tests are not as expensive as they used to be and in Sri Lanka, they are done in such a way that makes genetic testing affordable to the low-middle-income country in comparison to other countries. However, the prices of genetic tests may vary according to the type and standard of the test. A karyotype costs Rs. 7,000 and a test to detect a specific mutation may cost less than Rs. 5,000, while a test to sequence all the genes cost around Rs. 95,000.

But the costs do not stop there. After the diagnosis, the patients often depend on lifelong medication in addition to requiring a lot of care in many daily tasks of their lives. Furthermore, many who get to the point of genetic testing often spend a lot more on trying to diagnose these disorders, making rare disorders an expensive disease to treat. 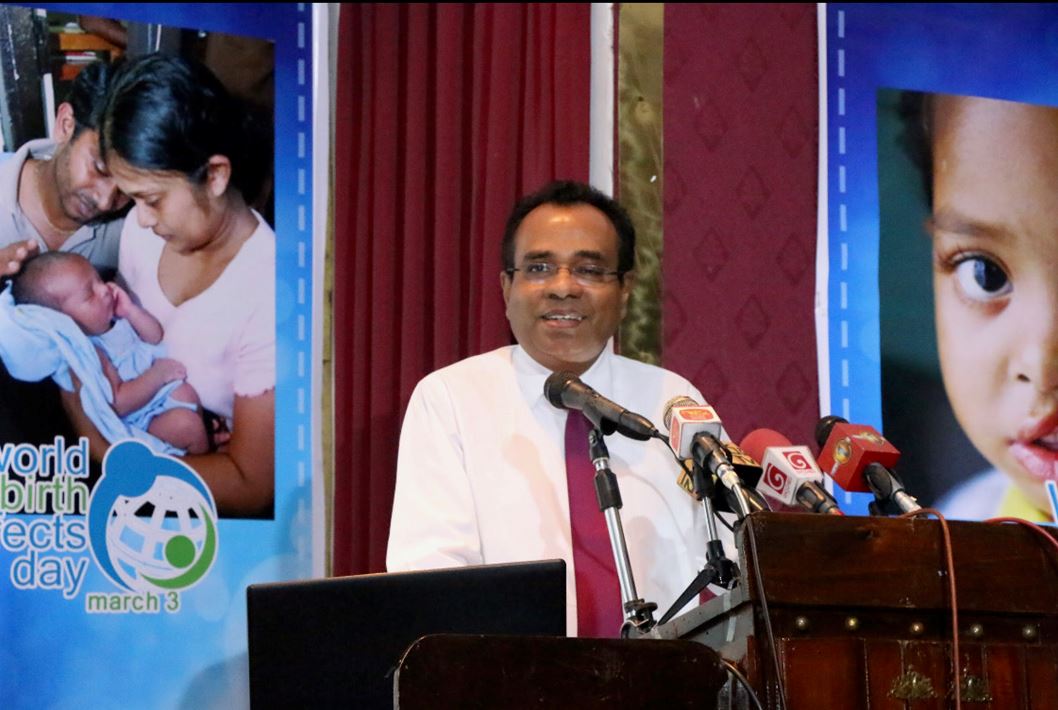 Nevertheless, diagnosis and treatment is of utmost importance. Firstly, proper diagnosis can end the diagnostic odyssey. As Dr. Hettiarachchi stated, most of these patients have undergone extensive testing before they come to the HGU for genetic testing.

“It’s most often sought as a last resort, but that shouldn’t be the case,” she said. If these conditions are genetically tested early on, they can be directed to proper treatment options, reducing the cost of unnecessary testing and in turn, improving their quality of life. Proper genetic testing can also help the family prevent more children being born with the condition if the genetic defect is hereditary and is not a new defect.

A definitive diagnosis can also help in the treatment. While Dr. Hettiarachchi admitted that if the cause is genetic, only few of them can be cured, she also assured that the rest can be given better quality of life.

Where does Sri Lanka stand?

The HGU at the Faculty of Medicine of the UoC was established in 1983 by emeritus Prof. Rohan Jayasekara. It is one of the oldest genetics centres in the Asian region and serves as the national referral centre dedicated to provide clinical genetic services including testing and counselling. They see patients with genetic disorders, test them to confirm the diagnosis, counsel the patients and their families about the condition, advice the doctors on how to treat them, advise the families on how to prevent the condition from being passed on to the next generation, etc. They have the latest technology and the best in human resources to tackle these conditions in the country as well.

The HGU is also part of the UDNI and is well-known around the world as a centre of excellence in genetics and genomics in a low-resourced setting. So far, its only constraint is the cost that has to be incurred by the patients for these services. Since it is a higher education institution, the patient care services that they provide routinely are not provided at the government’s expense. However, in terms of technology, they are on par with many of the developed countries. 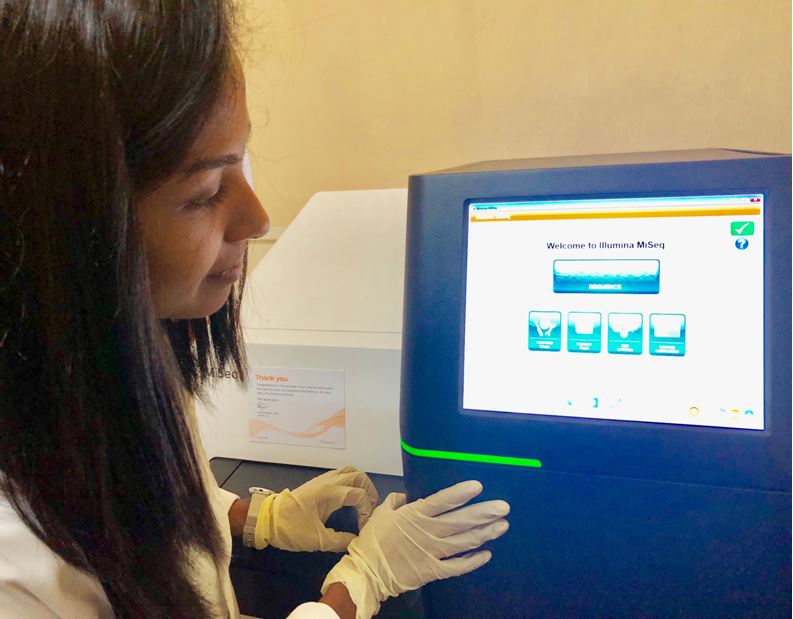 “The Government of Sri Lanka too has recognised the need to fund services for these people and has approved allocation of funds,” shared Dr. Hettiarachchi, adding that she hopes in the future that there will be more funds available. Dr. Hettiarachchi believes that the patient groups and social groups should advocate for the provision of these facilities. But she was saddened to express the fact that many put the blame of these diseases on “bad karma” and hence do not take action to advocate for better services.

Furthermore, rare disorders that manifest with physical and mental disabilities often tend to be neglected due to cultural reasons, revealed Dr. Hettiarachchi. “Patient groups have to play a more active role in promoting inclusivity,” she emphasised, while commending groups that have taken the lead in Sri Lanka.

At the conference later this year, Dr. Hettiarachchi hopes to strengthen collaborative ties with other participant countries and strengthen their diagnostic facility. Also, through knowledge sharing, she hopes to arrive at a diagnosis for some of the very difficult cases of undiagnosed patients in Sri Lanka.

January 31, 2020 bythemorninglk No Comments
While light touches everything we see, we do not see all light.

It all starts with one small step

August 25, 2019 byThe Sunday Morning No Comments
It is yet another school day, and there is no sight in the morning as refreshing as that of a group of bubbly kids crossing the road on their way to school.